Message to all: Stay well, stay safe, stay at home - and stay in touch!
Go to page :

This is basically a promotional video for the City of Prague Philharmonic Orchestra, featuring Smetana's "Vltava".   Some lovely images to remind anyone who has visited the beautiful city. Definitely a brisk performance. 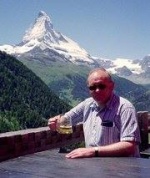 Glad you liked. In total contrast, a short orchestral piece by the now rather unfashionable English composer, Albert William Ketèlbey. A bit sentimental, but attractive in its own way. And some suitable images.

In the early 80s, I was lucky enough to visit Finland a couple of times. On one visit, I was taken to the castle of Savonlinna...


Which happens to feature briefly in this short YouTube clip of an extract from the Sibelius "Karelia Suite."

It brings back good memories, including visiting the Sibelius house.

bimbow wrote:In the early 80s, I was lucky enough to visit Finland a couple of times. On one visit, I was taken to the castle of Savonlinna...

For sure, it must be a haunted castle ...

I want to get out more.. 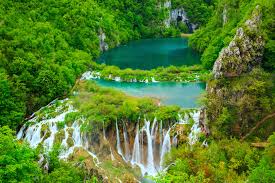 "Coronation Scot", composed by Vivian Ellis, and featuring images of the stunning aerodynamic design of the locomotive.

The composer commentated later that it was a train journey from Paddington to Taunton that actually inspired his composition.

I have done that train journey a few times - though not in the steam locomotive. Many's the time that I travelled in a steam train Euston to Holyhead and back (the boat train) (back in the days of my youth

) and that composition really does bring it all back, recreating the journey experience, even without looking at the images.
I've never heard that music before, nor have I heard of Vivian Ellis, but can so understand how he could have got his inspiration for that composition. The fluctuating rhythms, choo-choo-chuggity-choo - the sudden loud crashing steam puffs, the elongated dragging out of the brakes, etc. Even with your eyes closed or in the dark, you would know when you were crossing a bridge or nearing a station or going through a built-up area - and then the whole way over on the boat you would still have those rhythms in your head.

That's a little gem, that one, bimbow.

Glad you enjoyed, KK. Here's another piece of what the CD refers to as "English Light Classical Music". "Sailing by", by Ronald Binge. Insomniacs will recognise the introductory music to the Shipping Forecast on Radio4 at 12.45am.

So calming and relaxing

Liszt's transcription for piano of Schubert's "Serenade", from his last song-cycle, "Schwanengesang" - Swansong.
A bit slow and indulgent for me, but Kissin can be.

Short and very sweet. "In Trutina" from Orff's "Carmina Burana".

Garden Photographer of the Year

No sound, no colour - just some magnificent black & white photography: 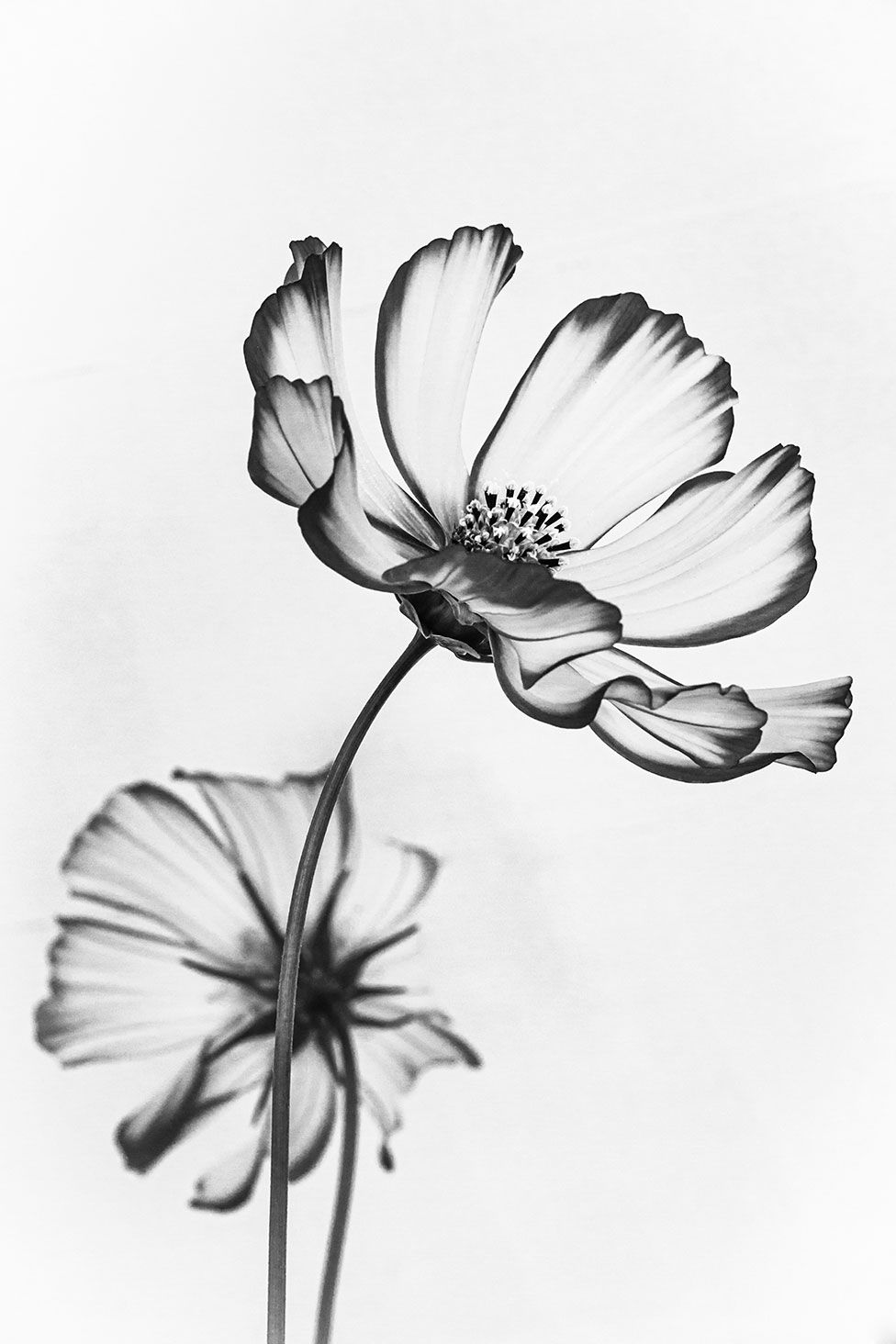 "After having recently painted my summerhouse white, I decided to capture these delicate Cosmos flowers, creating vivid white tones in this black-and-white composition," she said.
The judges said: "It is easy to turn any colour photograph into black and white - but through clear intent, Anne chose the set-up before photographing to dramatic effect.
"This work uses black and white to add something special, not take something away.
"Both the black and the whites are punchy and incredibly detailed."
Ethereal Cosmos will feature in a book and exhibition at the Royal Botanic Gardens, Kew, in 2021.

Here are other winning photos from the contest, with captions by the photographers. 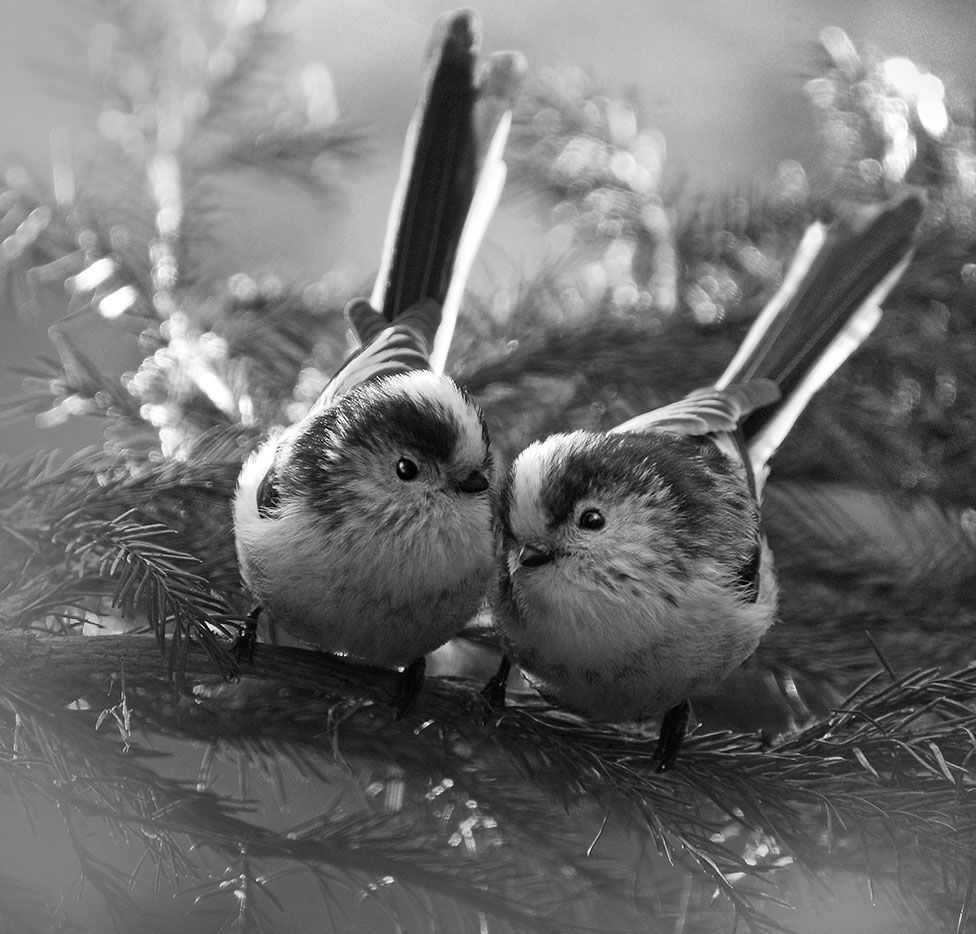 "This fluffy couple of long-tailed tits were taking a short break from nest building - that's when I photographed them, forever immortalising their moment together." (Alan Price) 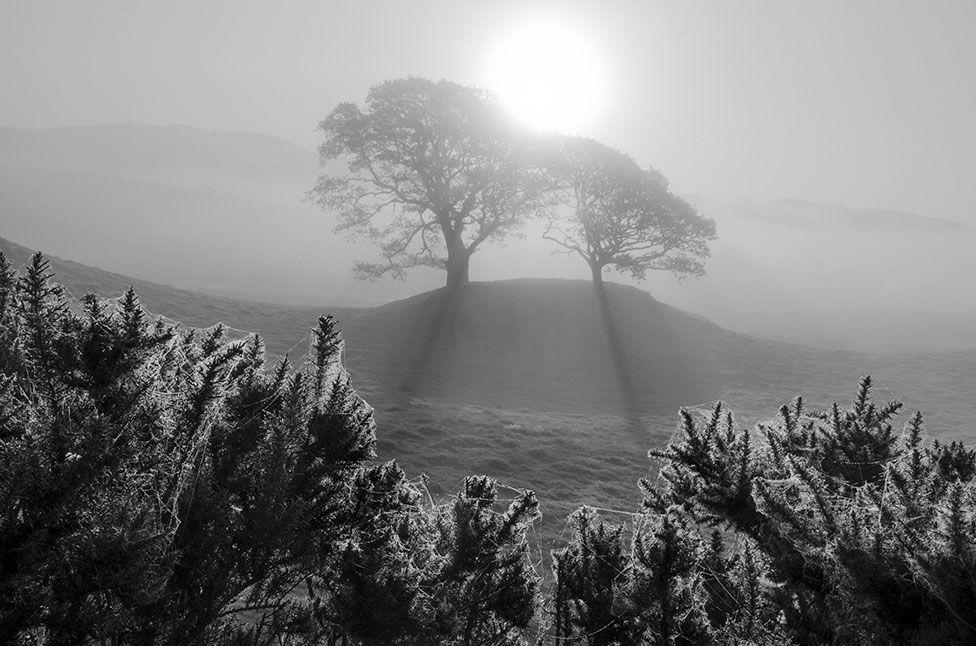 "On a misty morning in May, the presence of a pair of iconic oak trees was amplified by backlit sunshine and partly framed by the glistening of cobweb-laden gorse bushes." (Allan Wright) 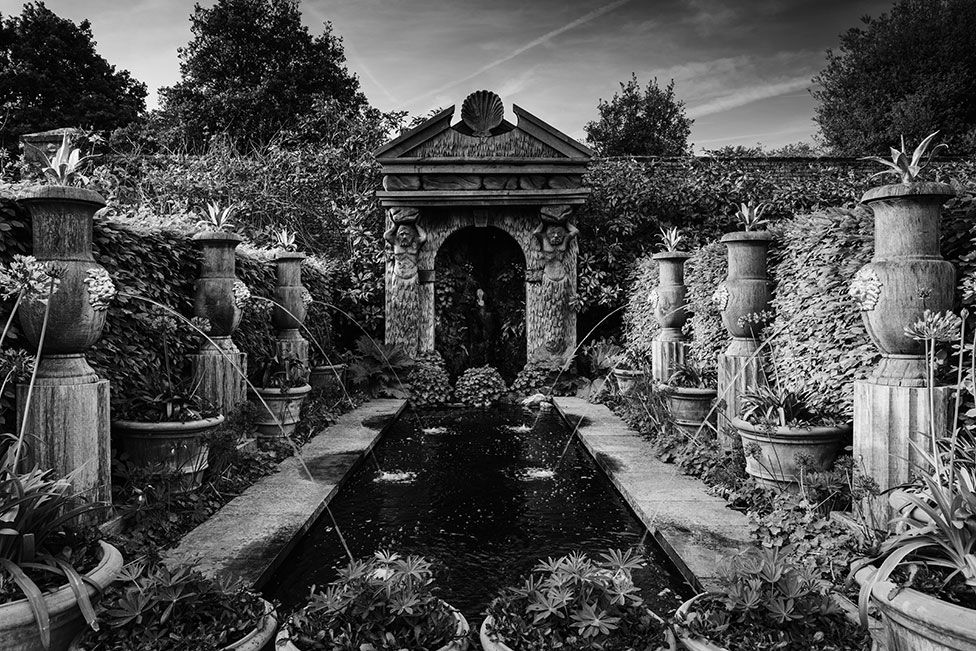 "The canal, seeming to emerge from a dark, mossy grotto flanked by rough-hewn river gods, is an allegorical representation of the River Arun." (Carole Drake) 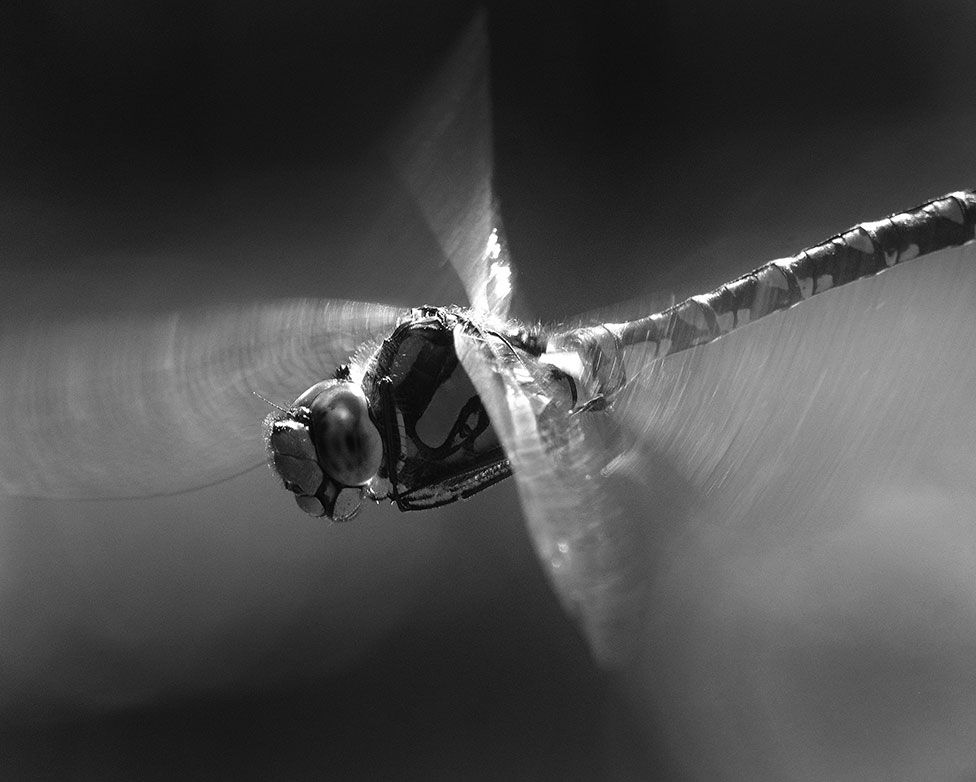 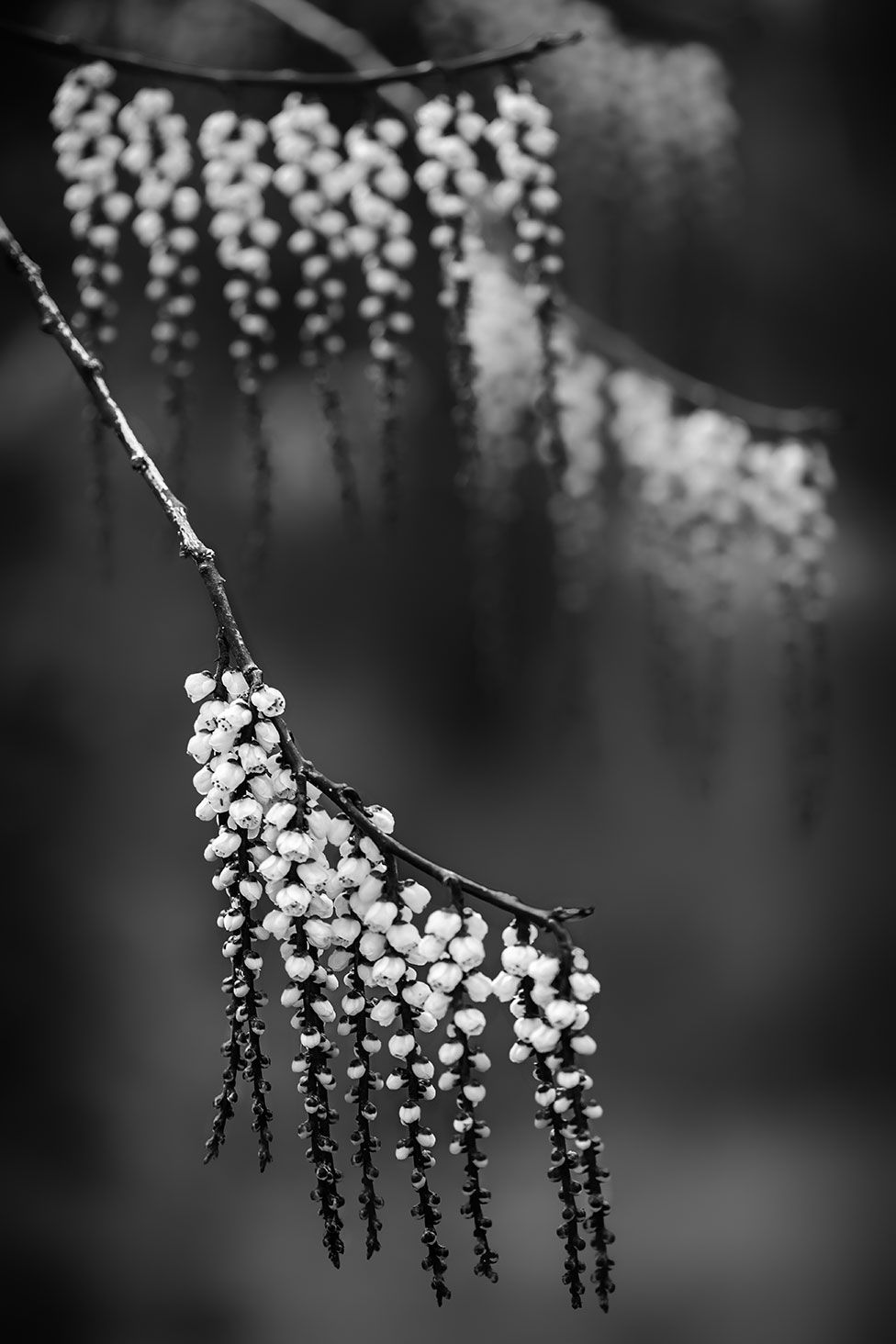 "Most of these trees were already in leaf - but this particular Stachyurus specimen still had its delicate flowers in isolation. They looked like ornate icicles, hanging from the slender branches." (Mary Slingo) 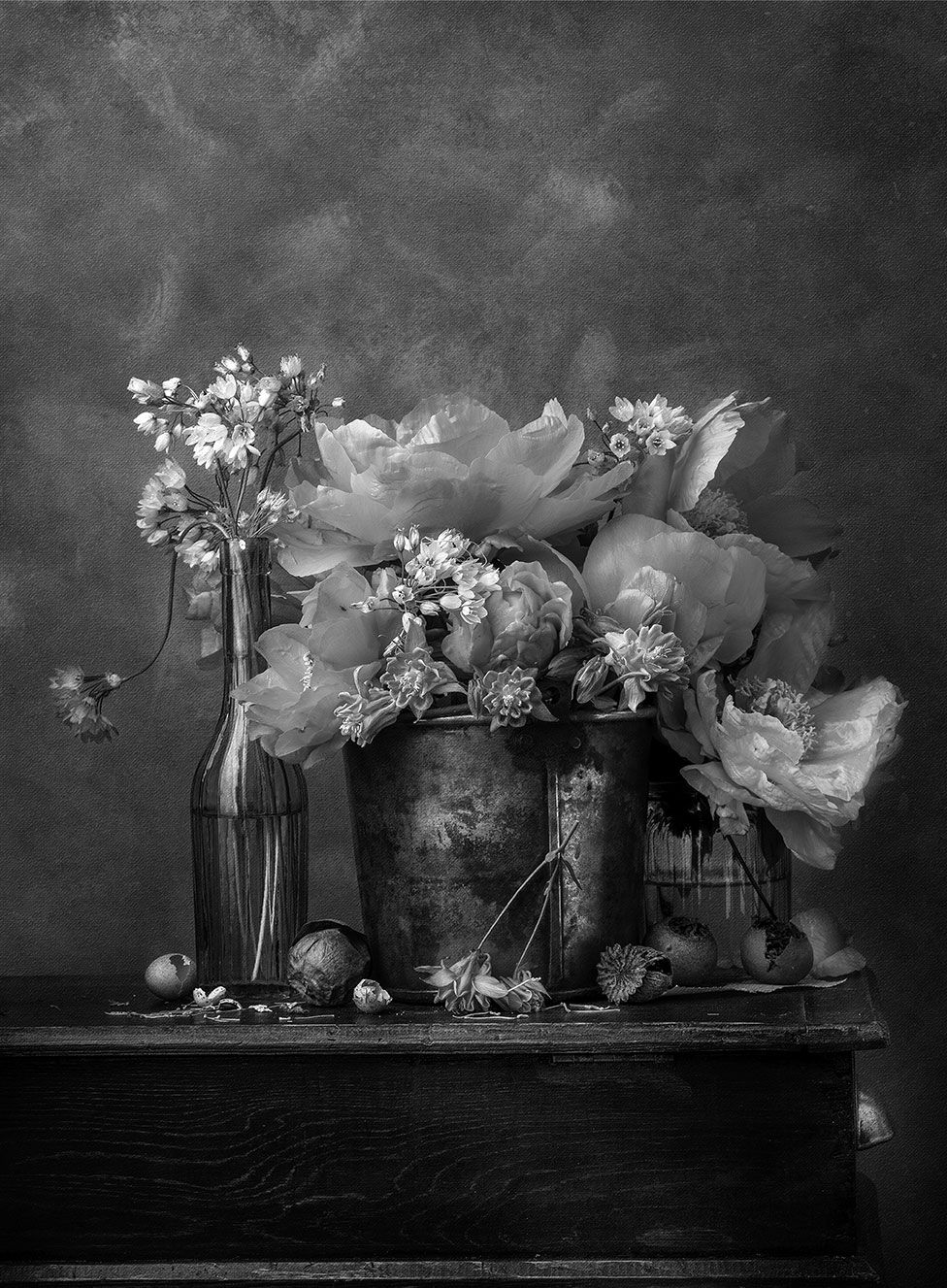 "An ornate and timeless still life was captured, using flowers gathered from my garden and only natural light as it poured into my shed." (Simon Schollum) 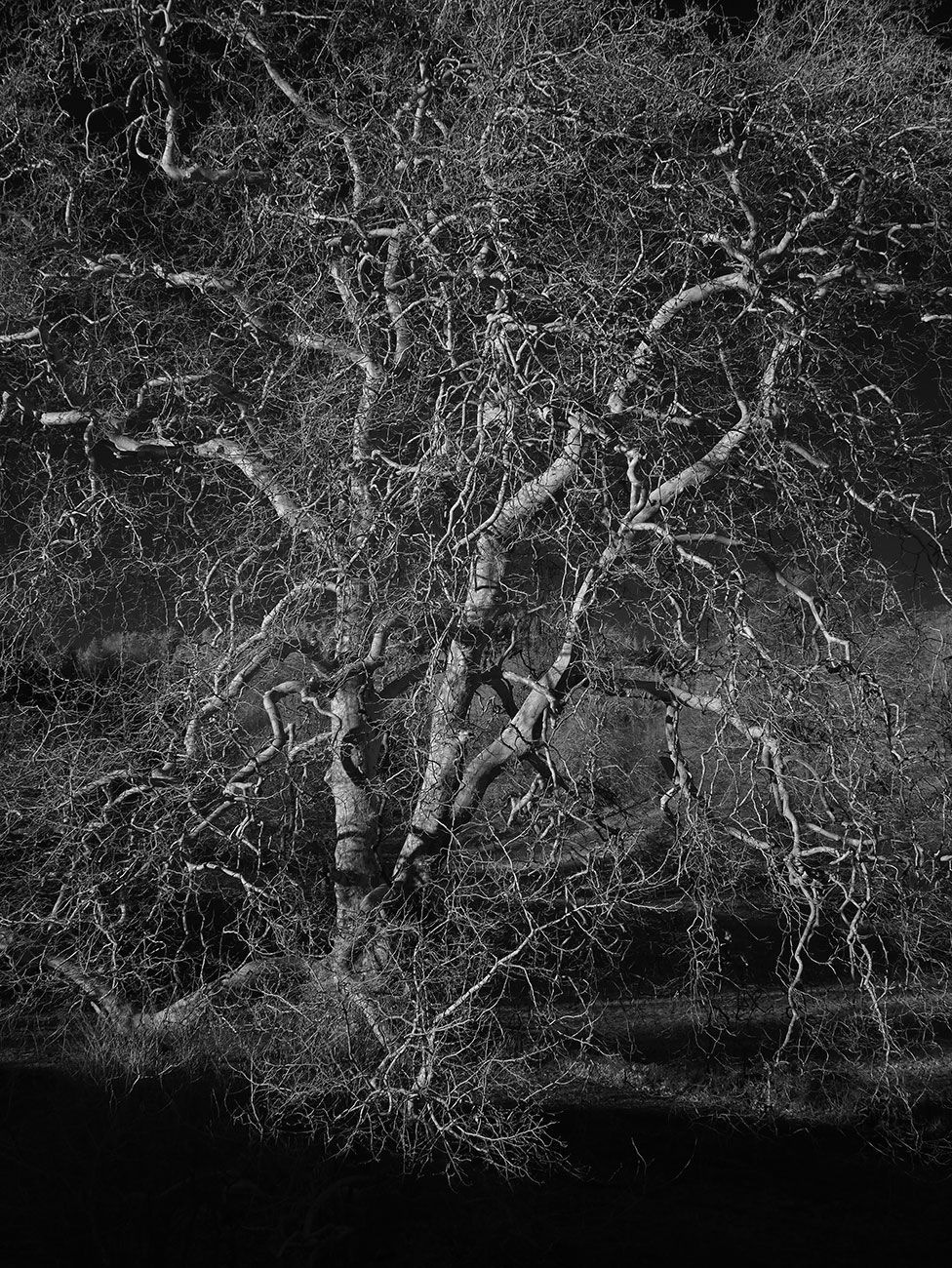 "I captured this image using an infrared converted camera. It was combined with black and white, emphasising the structure (and character) of this defiant tree, bereft of its foliage in winter." (Tony Jones) 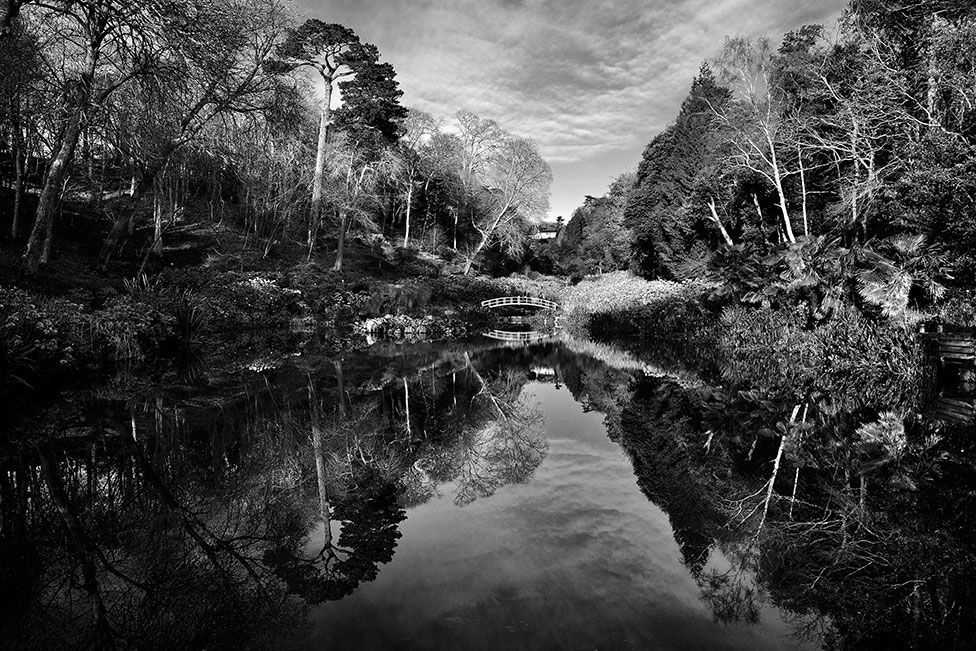 "Captured in late December - I positioned myself at the far end of the Mallard Pond, looking back up towards the famous sub-tropical gardens of Trebah." (Roy Curtis) 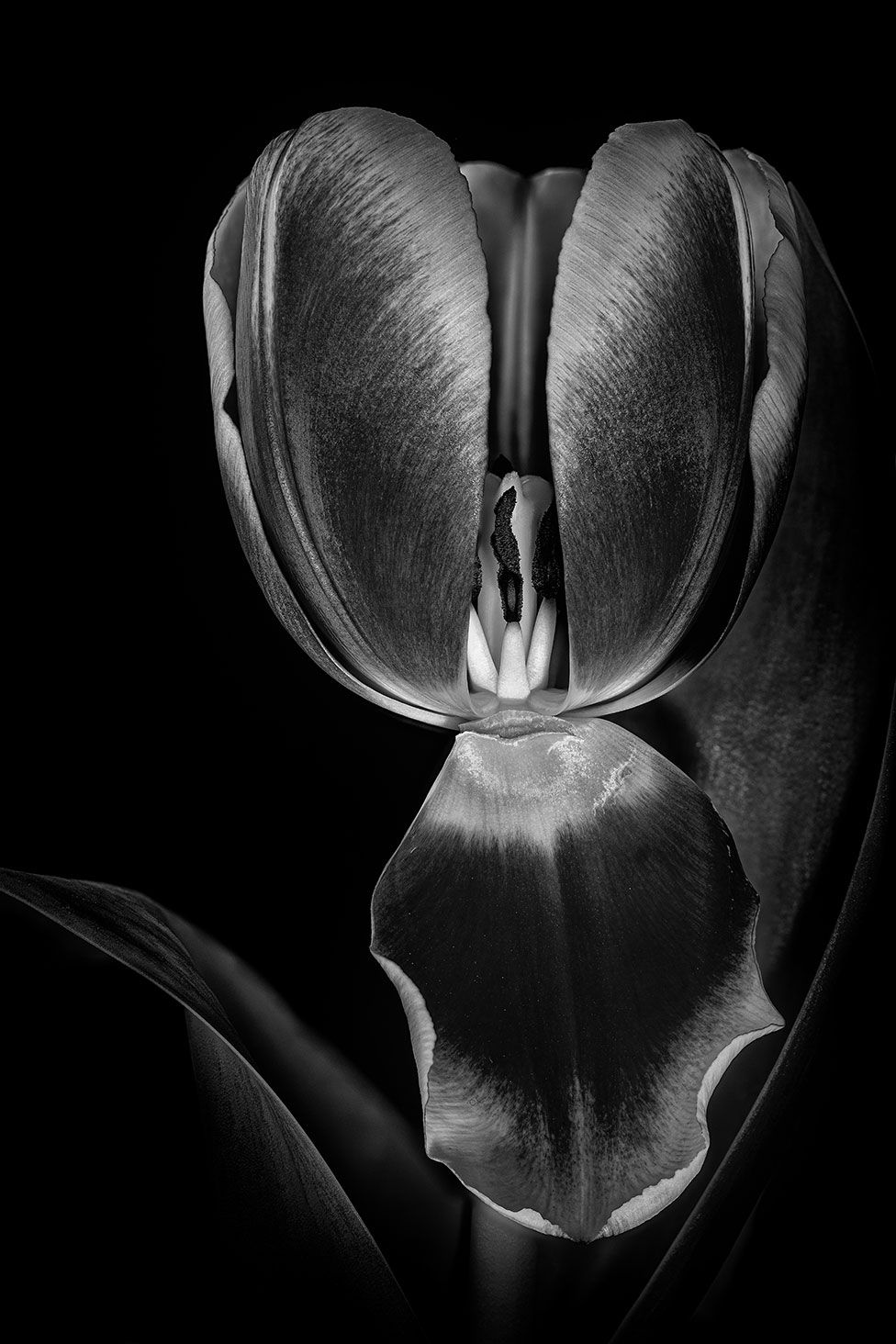 "The 'sculpted' curves of this Tulipa specimen reminded me of a classical Greek or Roman statue." (Dieter Wanjura) 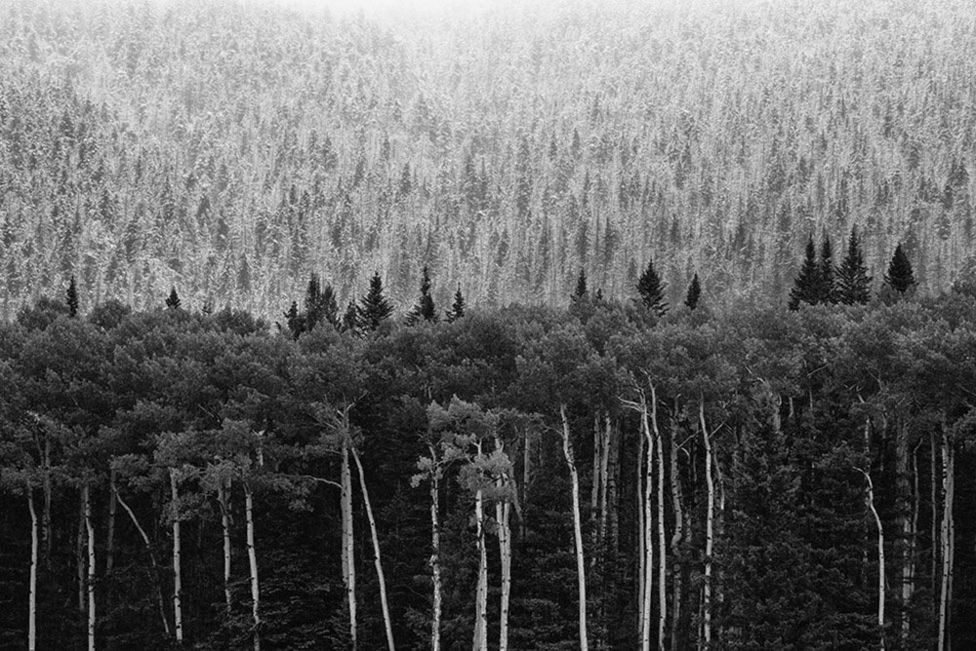 "This photograph was shot at the base of a mountain in Flagstaff, Arizona, during an early winter storm. The snow level was not quite enough to cover the aspens in the foreground but created a haunting contrast with the pine forest in the background." (Ari Plosker) 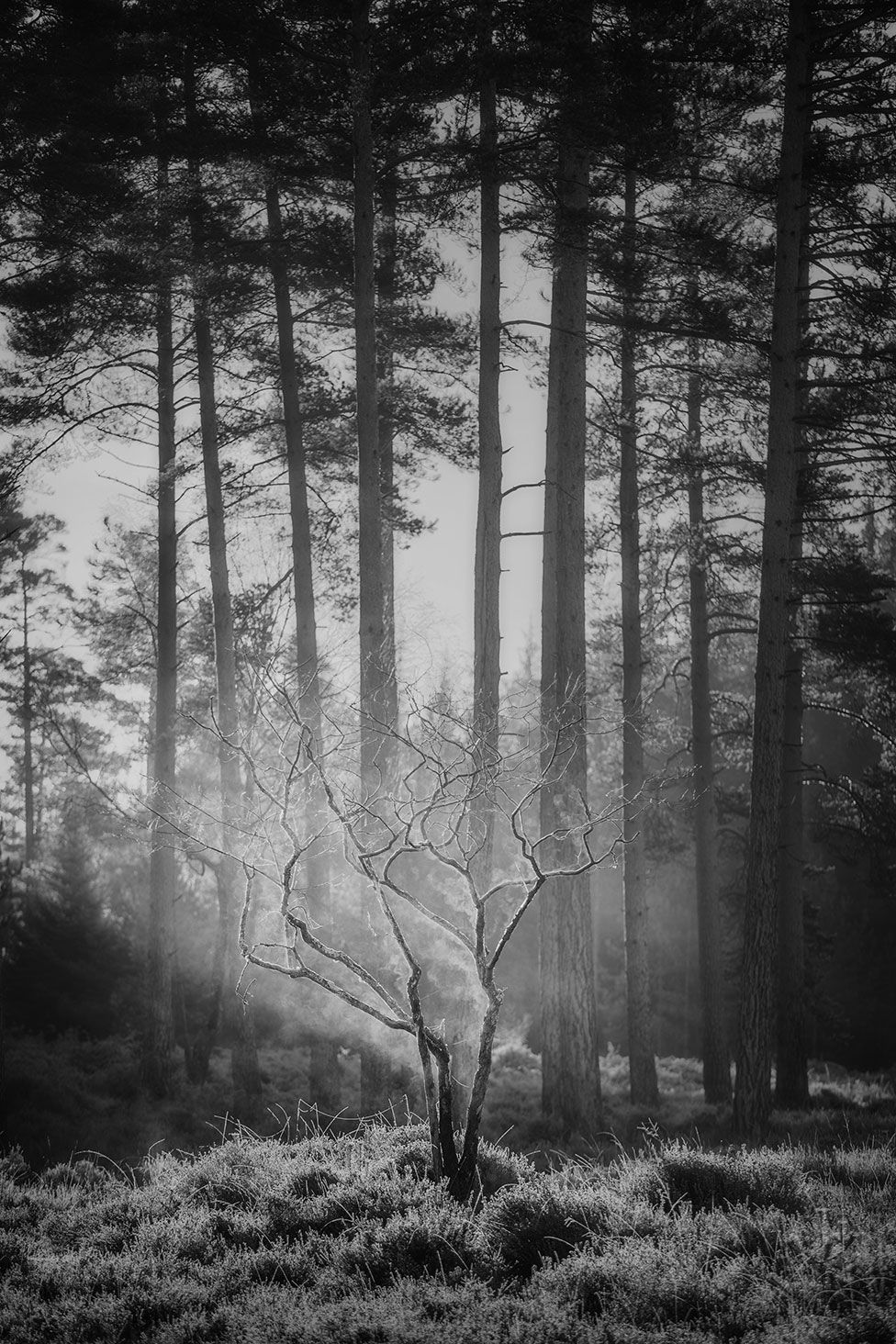 "As beams of light filtered through adjacent trees and hit this twisty tree, its frosty coating evaporated and steam was drawn upwards, as if the tree were being summoned from above." (Geoff Kell) 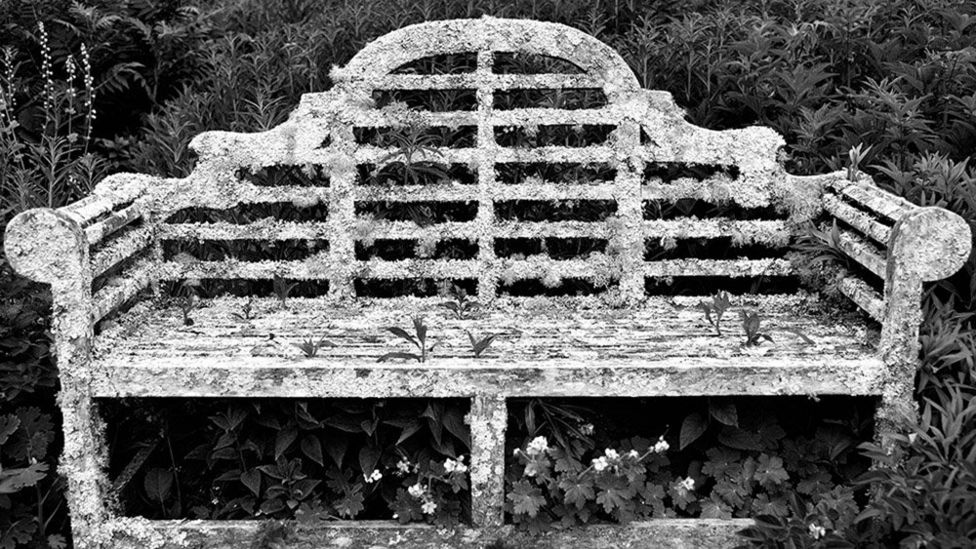 "This thoroughly weathered antique bench had a presence all of its own." (Roy Curtis) 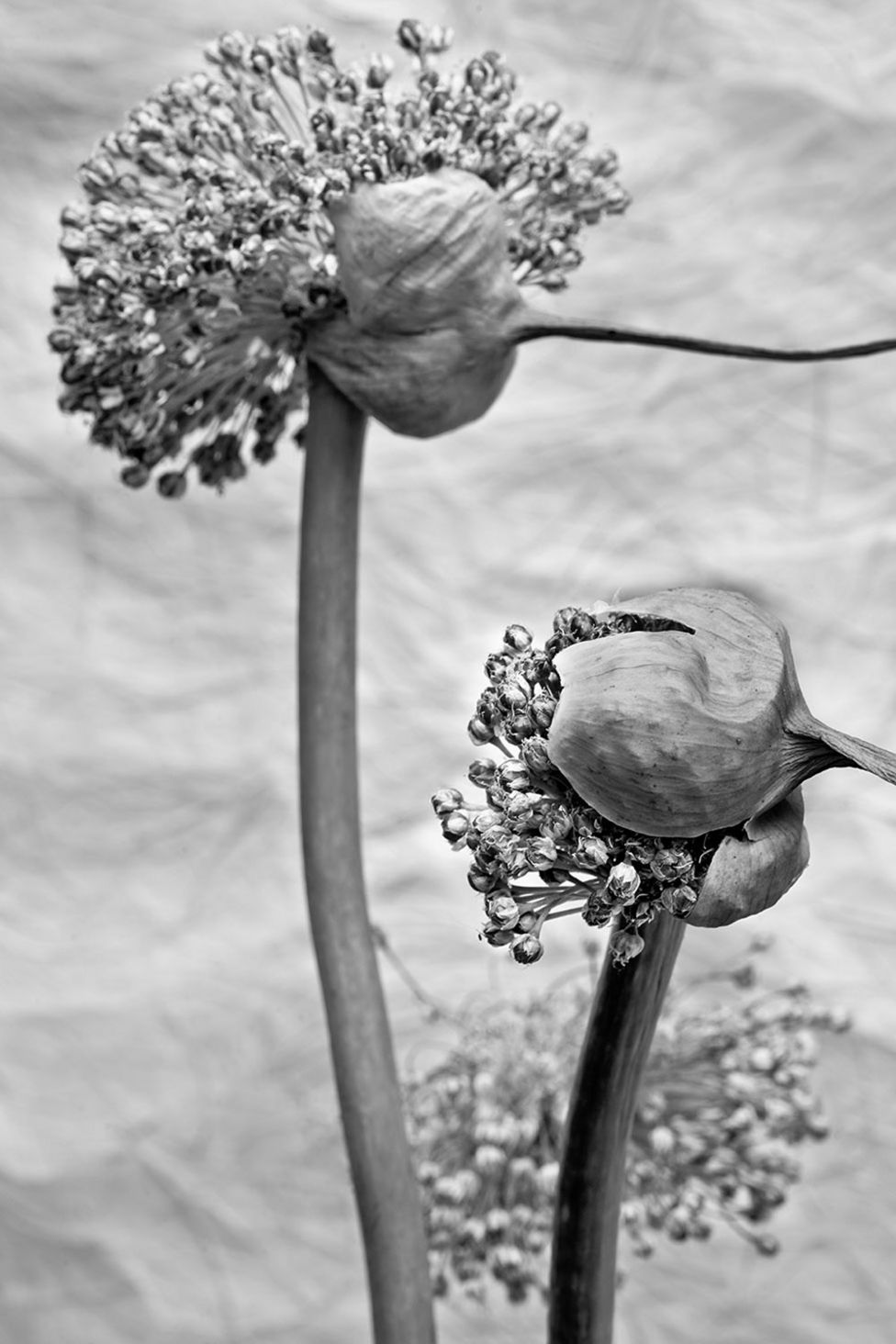 "I obtained these shapely Allium from a local nursery. I was immediately attracted to them because of the many flower heads which had burst from their casings." (Rachele Z. Cecchini) 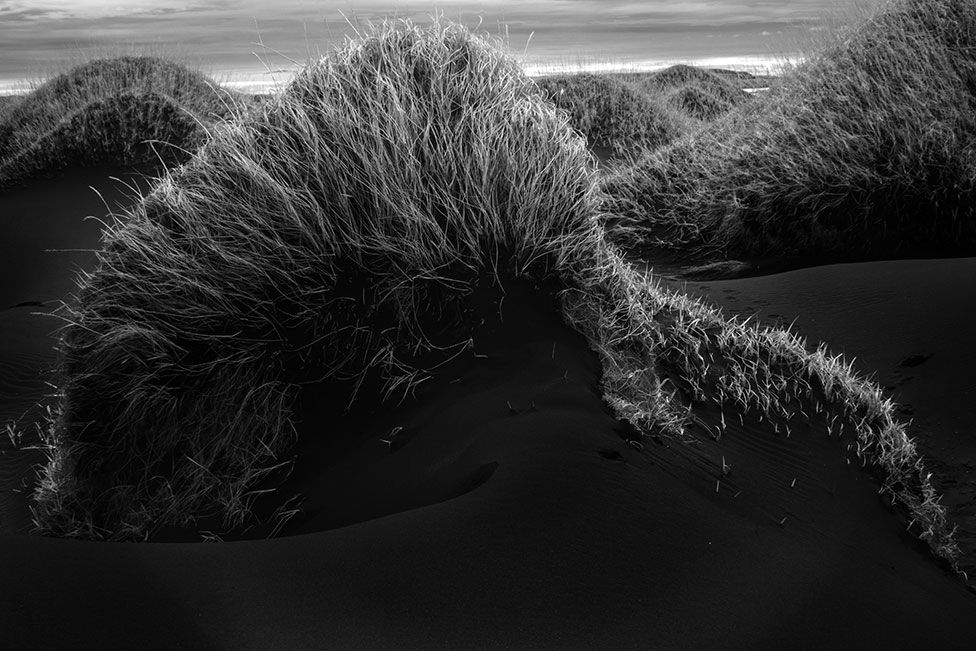 "The curves and textures of these grasses growing out of the black volcanic sand dunes created an intriguing and atmospheric photo." (Peter Karry) 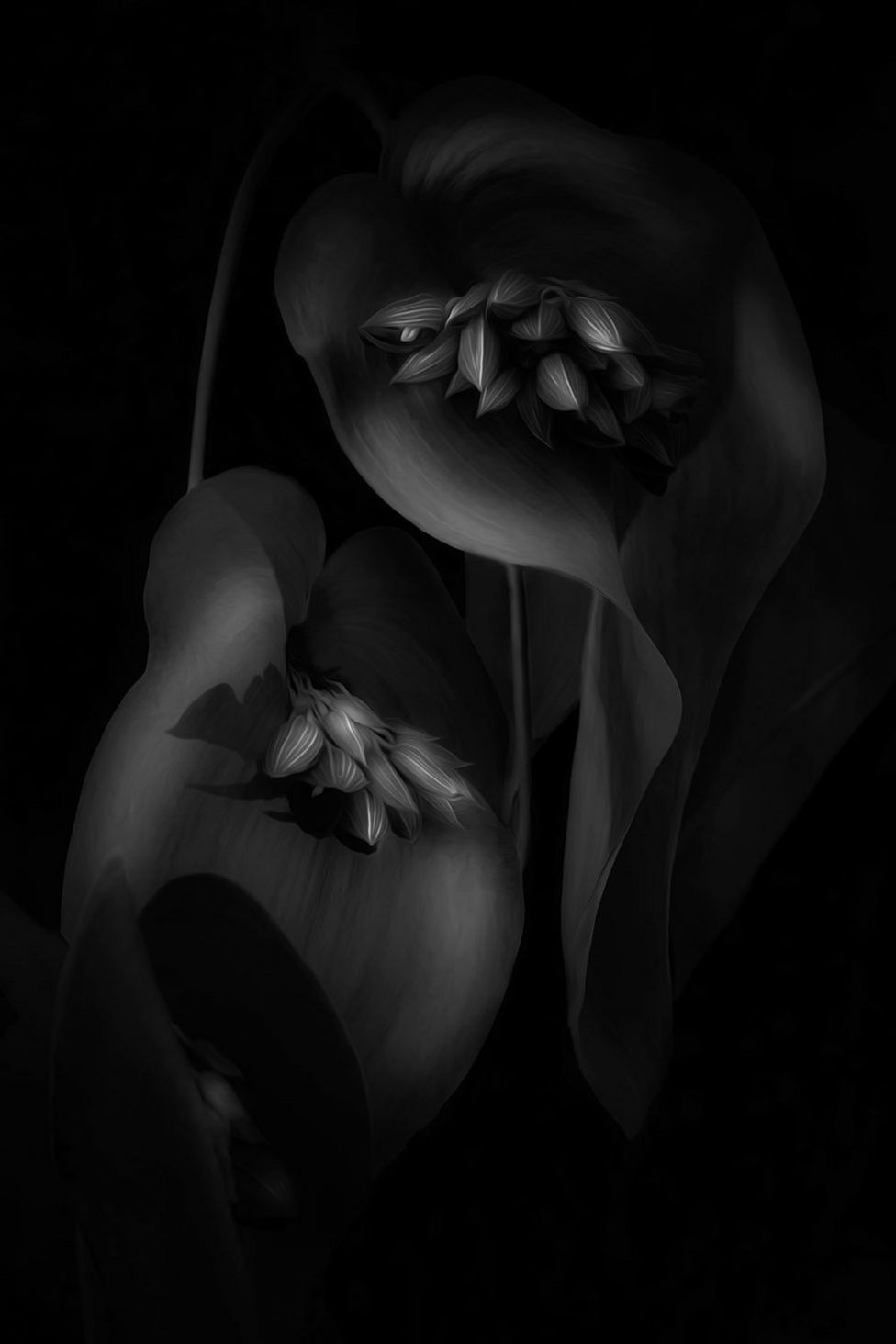 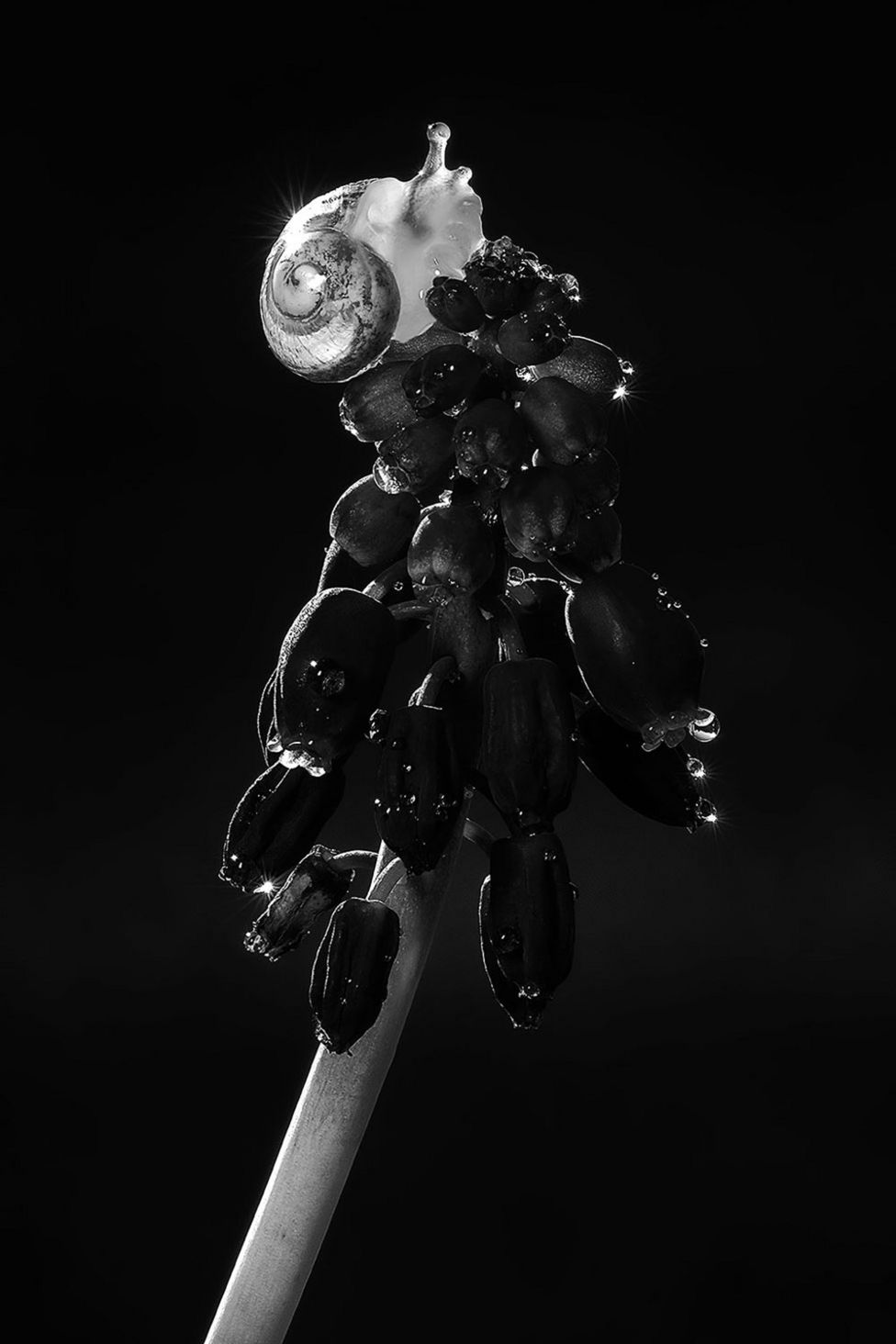 "With the light from the setting Sun in the background, I played around with the aperture and settled on this photograph, which managed to capture some brilliant 'sun stars'." (Ryan Ostrea) 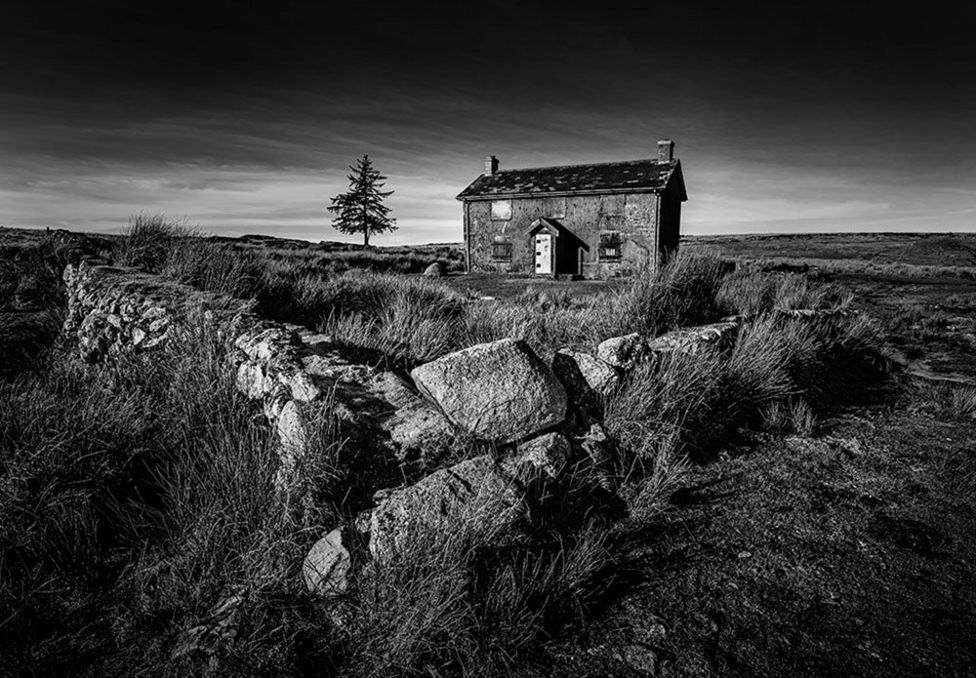 "In a remote location in the middle of Dartmoor is Nun's Cross Farm, I brought this bleak scene to life by using a high-dynamic-range (HDR) technique and black and white to reveal the full clarity and show every detail." (Tim Burgess) 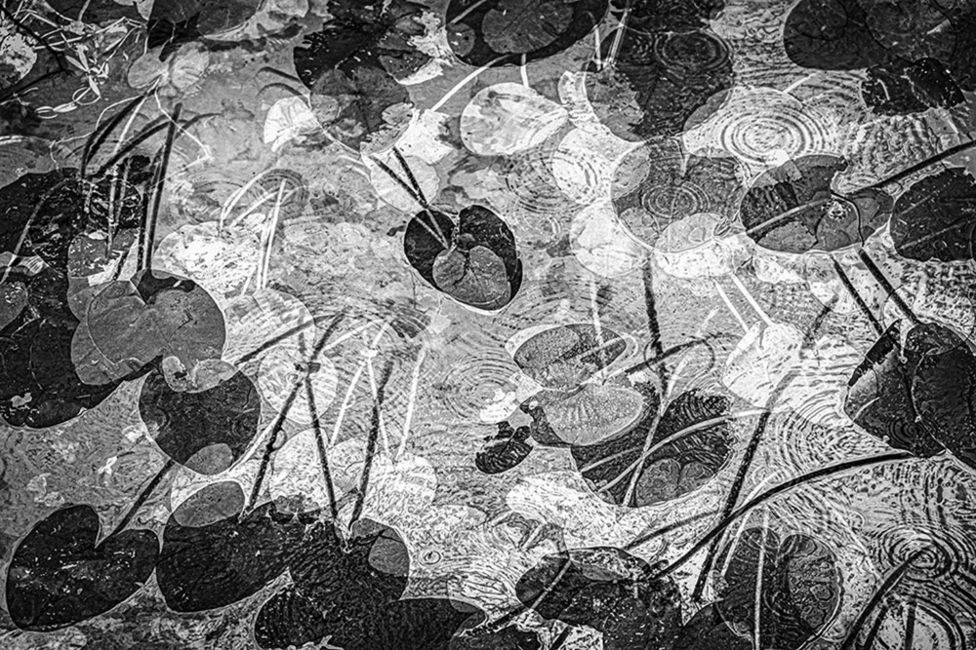 "With hurricane Irma due, the rains had already started falling in the gardens, so I retreated under a sheltered canopy. It was there I noticed this waterlily pond and the texture of the surface ripples." (Annamarie Farley)

All photographs courtesy the International Garden Photographer of the Year competition .
Kitkat

The visual and audio takes you through all the emotions.

A video of a grandfather and his friends playing Irish trad music together in separate little greenhouses has gone viral for its display of creativity and determination in the face of uncertain times.
Posted to Reddit yesterday by user u/itsRichHill1 , the caption explained how one man in the video, a grandfather living in the United States, had always played traditional music with his friends in a local Irish Pub.

Since the pandemic closed businesses and forced people to stay in their homes or locality and away from people, he and his pals had instead regularly gathered in his back garden-- six feet apart-- to continue playing.

This worked in the spring, summer and even early autumn, but now, with the winter creeping in and the temperatures steadily dropping, sitting outside in the cold wasn't an option.
Until his daughter came up with an innovative solution, that is.
She bought her father and his friends tiny greenhouses-- just big enough for each person to sit in and play their instrument, and the result is absolutely brilliant.

Check out the video below, but be warned-- it's going to really make you miss a good trad session in an Irish pub!

Click here to watch and listen to the video