One of Ireland's ancient mysteries is opening up to people worldwide this year.
By Rachael O'Connor - Irish Post

Each year on the Winter Solstice, the shortest day of the year, Ireland's 5000-year-old monument fills with light as the sun rises in the east.
As the sun rises, the tomb becomes completely illuminated, a testament to the ancient architects who built the Neolithic Passage Tomb.

Over the years this incredible spectacle has drawn thousands of people to the Boyne Valley in County Meath, but luck played a significant part in deciding who would get to witness it, with winners chosen through a lottery. 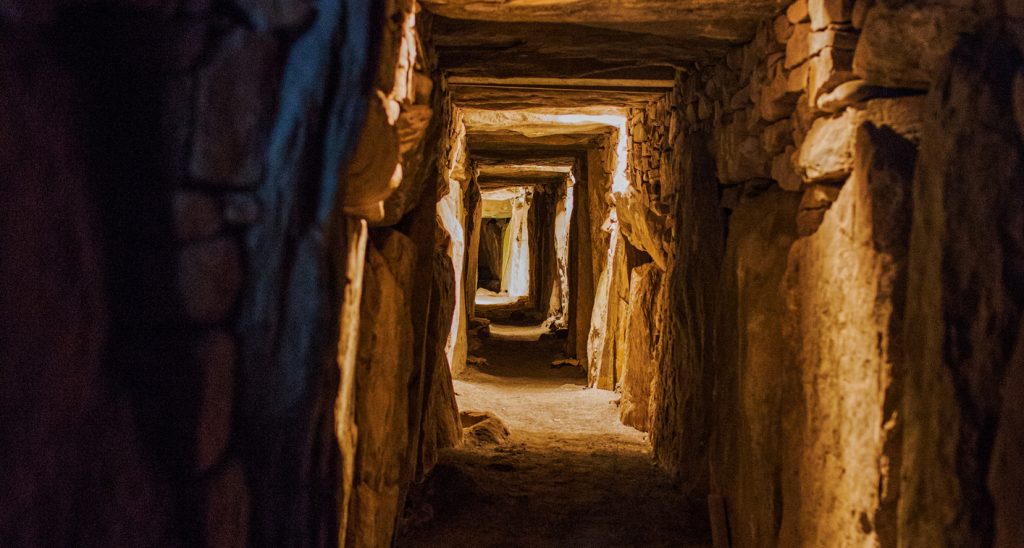 This year however, the tomb will remain closed to visitors due to coronavirus restrictions-- but this isn't necessarily bad news.

For the first time ever, the Winter Solstice at Newgrange will be available to watch anywhere in the world, as it will be livestreamed from within the chamber at dawn on the 21 December.

The Office of Public Works confirmed the news in a statement yesterday evening, where a spokesperson wrote:

"The Office of Public Works’ annual Winter Solstice gathering at the Neolithic Passage Tomb of Newgrange on 21 December has been cancelled this year, due to ongoing COVID-19 restrictions.

"The hugely significant Solstice Sunrise event is to be live-streamed from within the Chamber."

There is no information yet on where the livestream can be viewed, but more information is set to be revealed in the coming weeks.