A WOMAN who returned home for the first time in three months was shocked to find out that her kitchen had been taken over by potatoes.

Donna had left her apartment in a small French town back in March so that she could quarantine with her boyfriend in the nearby town of Caen.

When she finally got back after travel restrictions were lifted in June, she returned to something resembling a horror movie.

Donna had apparently bought a packet of potatoes just before lockdown and left them in her cupboard.

Since she'd been gone, the potatoes had sprouted and were creepily growing up her kitchen walls like some sort of starchy tentacle monster. 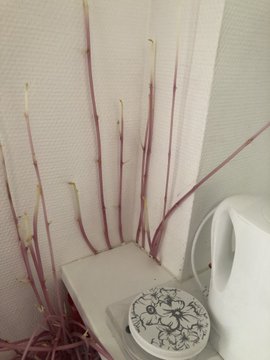 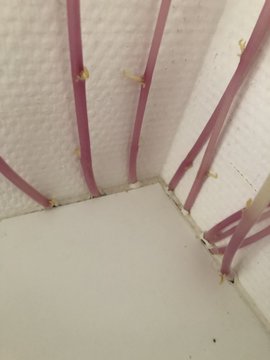 Donna took to twitter to post photos of the bizarre occurrence.
"After three months of absence my potatoes decided to push without limit until making holes in the joints," she wrote.
Her post was immediately flagged up by people who were seemingly intrigued and terrified in equal measure.
"These potatoes taking over this woman's house is the scariest thing I've ever seen," one person wrote.
"This is my WORST nightmare," wrote another.
We second that. I know the Irish are supposed to technically love potatoes but this is a bit much.