The commuter cats who became fur-mous

The commuter cats who became fur-mous 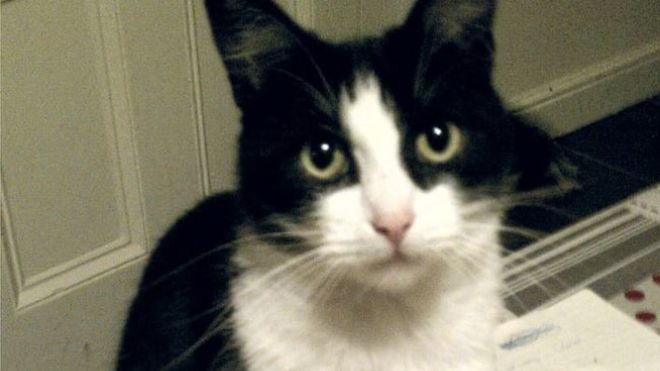 Benton, from Beeston, was rescued after wandering in front of a bus
A cat called Benton has won carriage-loads of fans, thanks to his propensity for hanging around tram stops. But Benton is just one of a long line of cats who have rubbed shoulders with commuters, some prompting bestselling books and coming within a whisker of a film deal. BBC News meets the cats who don't have a ticket to ride (but they don't care)

A social media thread a few weeks ago about a cat called Benton - who likes hanging out at the Inham Road tram stop in Beeston, Nottinghamshire - sparked a huge response.
His owner Ginny Hicks, who lives near the stop, wrote: "I'm increasingly aware that many of you have met (and I hope are fond of) my black and white kitty.
"He's greeted his public there since the tram line was built.
"I do hope he brings a little of affection to you when you see him." 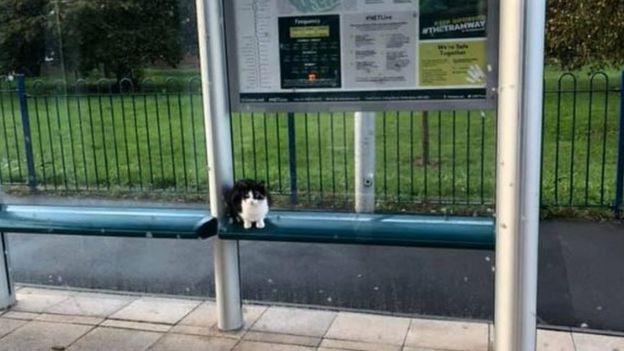 Benton waits at a Nottinghamshire tram stop to "greet his public"

Miss Hicks says she rescued Benton when he was about four months old after she spotted him walking in the path of a bus.

"He would have died if I hadn't seen him on the road that day," she said. "Now he brings love and affection to as many people as he can."

In one of Benton's most recent exploits, Miss Hicks says he "cadged a ride" home from the tram stop with a boy in a wheelchair.

"His mum got in touch to say it made her son's day," she said.

Miss Hicks says she is not concerned about Benton's safety around the trams.

"He's well aware when one is coming as you can hear the tracks humming when a tram is still a couple of hundred yards away," she said.

"I'm actually more concerned about him getting on one and me getting a phone call to collect him from the other side of Nottingham."

But Benton is far from the first feline to paw his way into the hearts of England's commuters. Here are just a few tales about the cats who love public trans-pawt - and the followings they have inspired.

Casper, the puss in bus 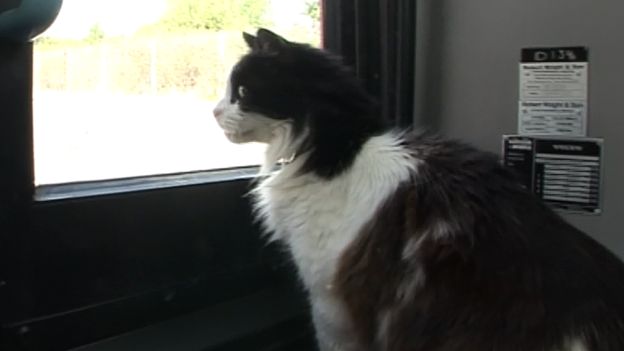 Casper would ride for miles on the number three bus

All eyes were on Plymouth a decade ago when a bus-loving cat named Casper rose to prominence.

The black-and-white feline would trot on board the number three bus when it stopped outside his house each morning and then ride a full loop of the route before the driver carefully made sure he was dropped off back where he started.

His antics prompted national media coverage, an avalanche of letters to owner Susan Finden - who died in 2017 - and even his own book.

Susan's daughter, Kim Holland, said: "Mum wrote the book and it had a massive response. It was one of the first of its kind - I know there are lots now but this was one of the early ones.

"From that people wrote to my mum for years. Some would address the letters to 'Casper's mum, Plymouth' and the postman would deliver them all."

The family was even contacted by a producer who wanted to make a film, with Dawn French mooted to play the part of Susan.

"He was super keen and kept in touch with mum for a long time and often discussed the film," said Ms Holland. "He didn't manage to get the funding so it sadly didn't get off the ground." 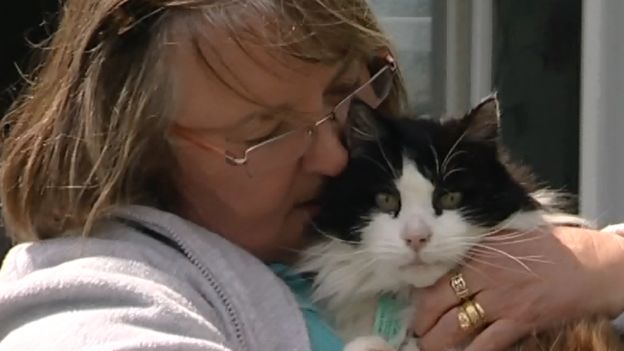 Sadly Casper's travelling adventures came to an abrupt end in 2010 when he was hit by a car and killed.

"Poor old Casper got hit by a taxi outside mum's house," Ms Holland added. "She got so many letters from bus drivers and the local community, all giving their condolences.

"He was quite a character really. He touched all sort of people's hearts." 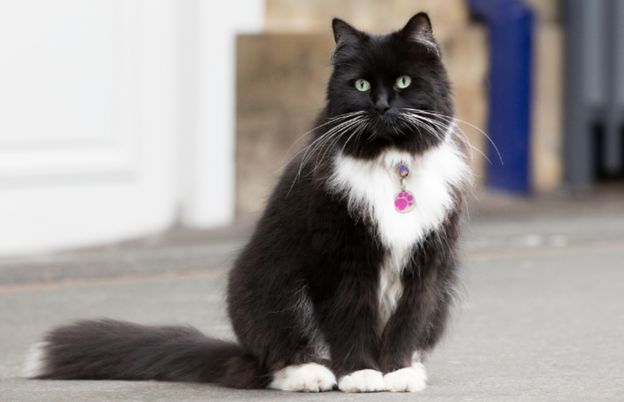 Felix has become a popular character at Huddersfield railway station

Next time you visit Huddersfield railway station, keep a beady eye out for two furry workers named Felix and Bolt.

Sneakily brought in by station staff nine years ago while the manager was on leave, Felix has become a favourite with commuters and even has her own name badge.

Last year she was given an "apprentice" - her younger brother Bolt - to further delight cat-loving passengers.

As with Casper, Felix's popularity prompted a best-selling book and a follow-up about Bolt's arrival has just been released. 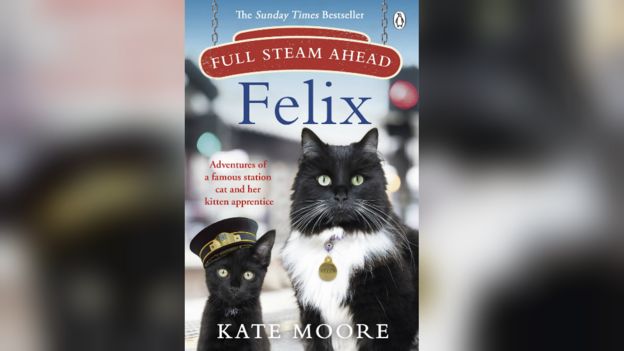 Station manager Andy Croughan said: "Felix's rapid rise in popularity took us all by surprise - it just came from a couple of photos posted on Facebook.

"That's when the whirlwind started. The national news came down and then the book deals came about so we could tell the whole story.

"We'd had highs and lows as a group of people at the station - good times, but also the passing away of colleagues - and the first book told the whole story really well.

"Felix and Bolt may just be cats, but they've contributed a huge amount to charity. With the two books and calendars, we could be looking at more than £200,000 in total." 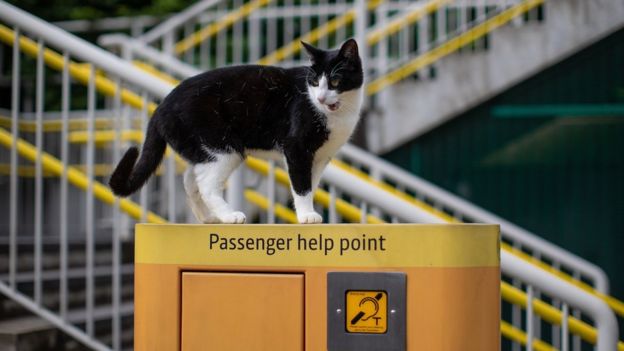 So speaks the owner of Batman, a cat that helps to brighten the morning for commuters waiting at Chorlton tram stop in Manchester.

For more than two years the young rescue cat - named after his facial markings - has regularly trotted out of his front door, just down the road from the stop, to lap up strokes and adoration from strangers.

"It's got to the point where he knows when the rush hours are," explained owner Nicci Cuff.

Ms Cuff set up a Facebook page in her cat's honour and soon began to realise many people considered Batman a lucky charm.

She said: "One person was going through a very hard time in their life and they said Batman saved their year.

"Someone else said they'd had a job interview and felt nervous but as soon as they saw Batman they knew it was going to be OK. They got the job.

"I said to a friend that I'd always wanted to make the world a better place but instead it's actually my cat that's doing it." 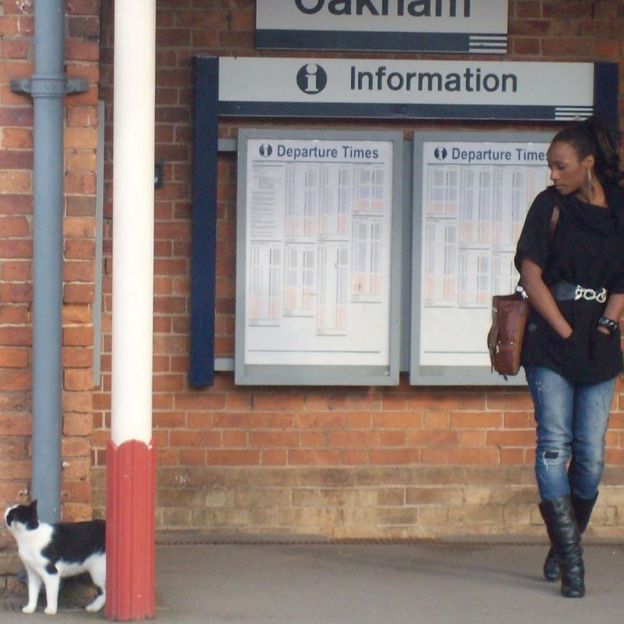