An appeal for a seriously ill cat which was left abandoned has attracted funds from as far as the United States. 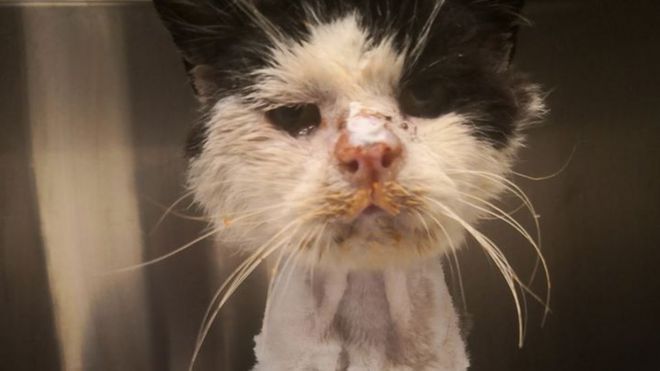 Maximus, who is about 12, was rescued by Stray Cat Rescue Team West Midlands after spending a decade on the streets.

He was picked up in Great Barr, Sandwell, last week with FIV - an immunodeficiency virus similar to HIV - and claws so long he could not walk.

Rescue Team founder Lucy Strickland said people from as far afield as Texas have sent donations for his care.

"Even if he only has a couple of weeks, or a couple of months, of happiness, we've done our job," she said, as the fundraising total reached more than £6,000. 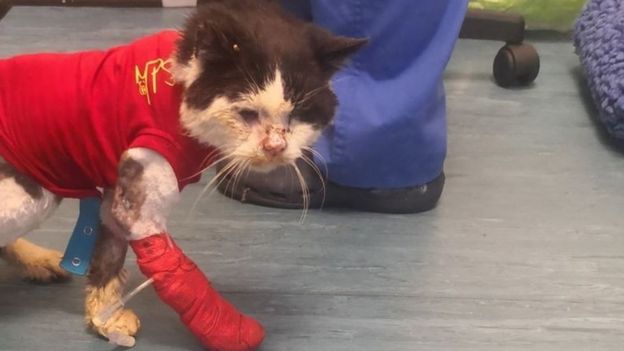 The stray is "showing he's grateful" for the care and is "very nosy", Ms Strickland said

Maximus was severely dehydrated and underweight when he was brought in, and had "no trust in humans".

"He would hiss and spit," Ms Strickland said. "He was terrified."

A week on, he has realised "not all humans are bad," she said.

"When he hears you, he starts purring." 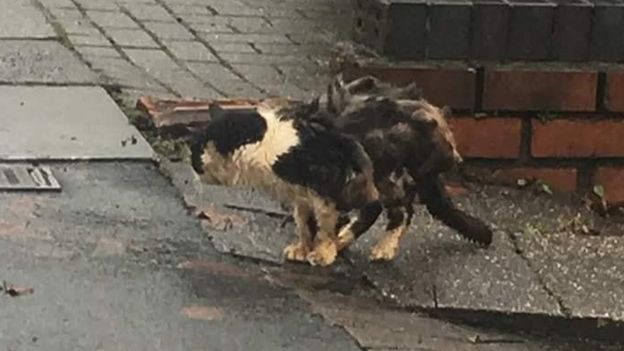 Ms Strickland said Maximus' condition is "a challenge", but her team of volunteers remain hopeful he will recover, thanks to huge support the cat has received.

"We've had more applications [to foster] him than any other cat," Ms Strickland said.

"He's touched quite a few people." 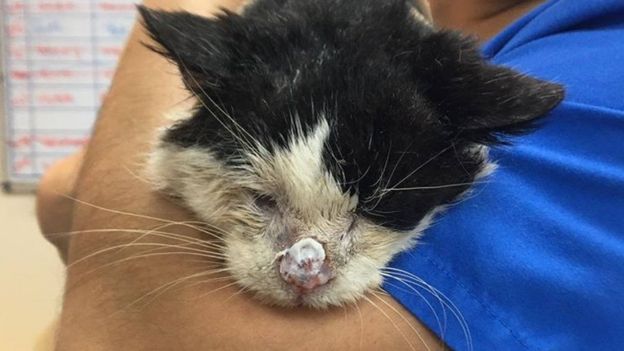 Although initially "terrified" of humans, Maximus now purrs when he is around people
« View previous topic · View next topic »