Another Conservative MP has confirmed he is self-isolating after attending the same breakfast meeting that put the prime minister into isolation.
Andy Carter, who represents Warrington South, says he was called by contact tracers yesterday, following a meeting in No 10 last Thursday.
A Twitter photo of Carter and Johnson, shown below, is near-identical to the one Lee Anderson took and shared on Facebook, before Anderson tested positive for the virus at the weekend.

Breakfast with the @BorisJohnson this morning, following up on his visit to #Warrington South in the summer. Discussed plans for driving levelling up agenda, jobs, infrastructure and public services. 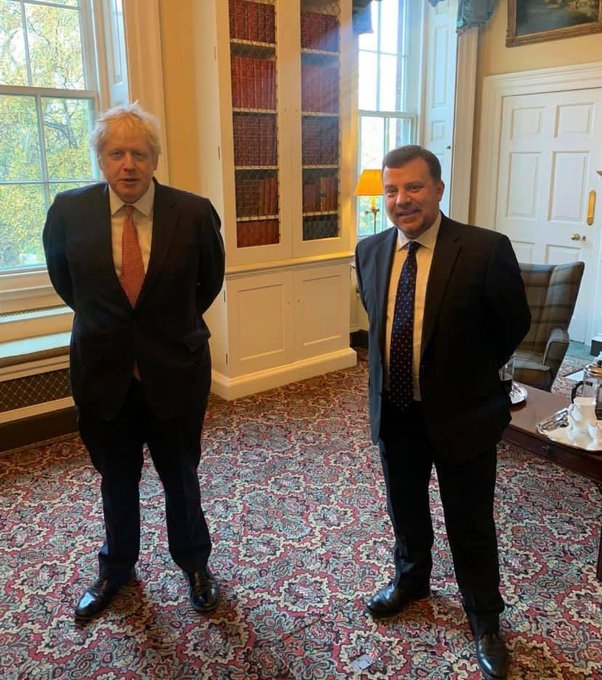