Good morning and welcome to today’s live coverage. We’ll be bringing you updates on the pandemic in the UK and around the world throughout the day. Here’s a look at this morning’s main headlines to get started:

Here's a look back at some of the main stories this lunchtime: 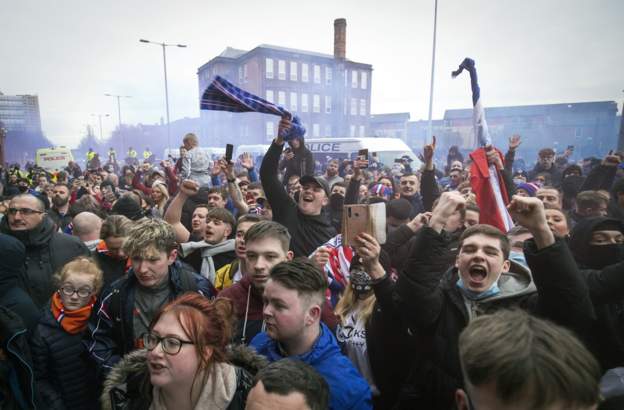 Crowds gathered at Ibrox on Saturday despite coronavirus regulations

Scotland's Justice Secretary has urged Rangers fans to stay at home if the club wins the Scottish Premiership today.
It comes after supporters broke coronavirus restrictions to gather at Ibrox stadium yesterday before the club's 3-0 victory over St Mirren.
Rangers will take the title if Celtic fail to beat Dundee United at their match this lunchtime, but Humza Yousaf said: "Stay at home, otherwise you are putting your life, and many others in danger."
He said that while public health reasons were paramount, football fans should be aware that Uefa will be paying "close attention" in anticipation of Scotland hosting matches in the delayed European Championship this summer.
Under current guidance, public gatherings are banned and a maximum of two people from two households are allowed to meet outdoors.

Humza Yousaf:
Our primary reason for asking fans to obey the stay at home message is for public health reasons. However, be in no doubt UEFA will also be paying close attention as the EUROs are around the corner. Stay at home, otherwise you are putting your life, and many others in danger. 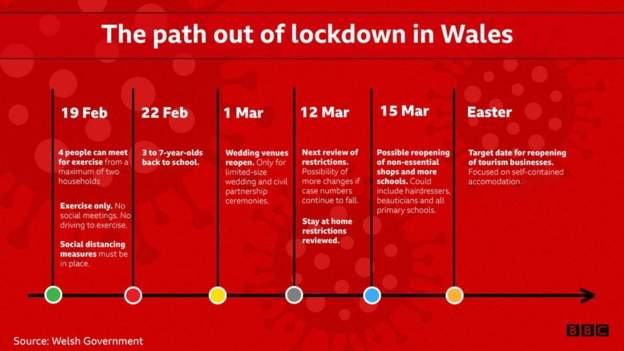 First Minister Mark Drakeford has said a review of Wales's coronavirus regulations on Friday could see a relaxation of stay at home rules banning all but essential travel.
Instead, people in Wales would be asked to "stay local" as the nation tries to "restore more freedoms".
"I think there is a case for an intermediate step between stay at home and being able to travel anywhere across Wales," Drakeford said.
He says the aim is to relax restrictions "carefully, cautiously, step by step, not doing too many things at once" and monitoring the impact at each stage.
Wales has the lowest infection rate in the UK at 48 cases per 100,000 people on average over the last seven days. That has fallen from 437 cases per 100,000 people in the run-up to Christmas, after 11 weeks in lockdown.
Kitkat 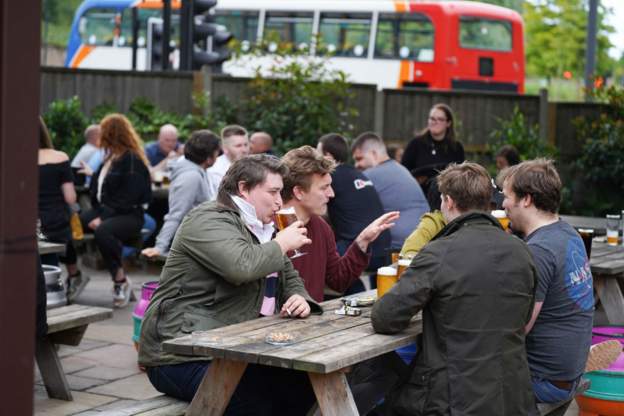 Pubs are expected to be able to convert areas such as car parks into beer gardens to make more space for drinkers when outdoor hospitality reopens this spring.
UK Hospitality has already said pubs have been deluged with bookings for beer gardens in anticipation of reopening on 12 April - the earliest date in the government's roadmap.
Local Government Secretary Robert Jenrick said rules introduced last June to make it easier to open up more outdoor space were "here to stay" for summer 2021. Outdoor socialising is believed to be considerably safer than meeting indoors during the pandemic.
It means pubs, restaurants and cafes will be allowed to serve customers in car parks or terraces using their existing seating licenses, and there will be a cheaper, quicker route to obtain a pavement licence.
The need for a planning application to put up outdoor marquees will also be removed.
Kitkat

After Covid, expert warns of a 'hard winter' for flu

The UK may face a "hard winter" for flu at the end of this year because population immunity to respiratory viruses will be low after months of social distancing, a Public Health England expert has said.
Dr Susan Hopkins said the NHS will need to be ready for surges in flu or other illnesses.
"I think we have to prepare for a hard winter, not only with coronavirus, but we've had a year of almost no respiratory viruses of any other type. And that means, potentially the population immunity to that is less," she told the BBC's Andrew Marr Show.
Hopkins, who leads PHE's Covid response, said her role as a government adviser was to "prepare for worst-case scenarios".
"It doesn't mean that they'll necessarily happen, but my job is to make sure that we have options available for the country in case things are not as satisfactory as we'd all like them to be," she said.

'Tears and tantrums' - parents on the end of home schooling 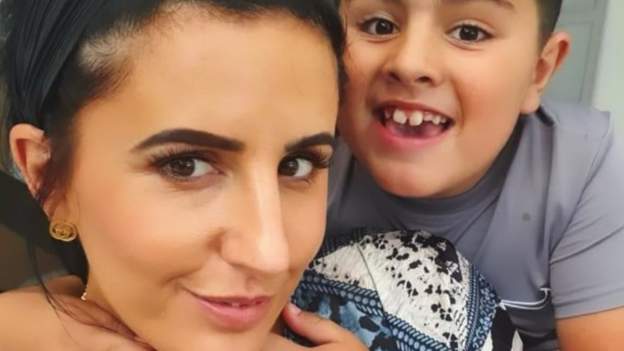 Across England, families are packing pencil cases and polishing shoes ready for the return to school tomorrow. But how are they feeling about their kids getting back into the classroom?
Stacie, from Devon, says she is "excited" for her nine-year-old son to return to school - and she's ready for five minutes' peace.
"It's been so hard - there's been tears and tantrums. I have so much respect for teachers,” she says.
"I've got no doubt that once he goes back to his friends and a proper teacher - because I am no teacher - he'll be loving it." 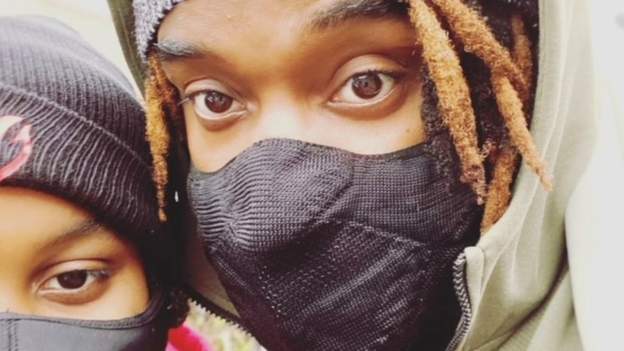 Antonio, whose wife is six months' pregnant, says he would be distraught if his son brought the virus home

But Londoner Antonio says he's "disappointed" there isn't a more cautious, phased return - he and his 10-year-old son both have asthma and his wife is six months' pregnant.
"I'm not trying to live in fear," he says, but adds he would be "distraught" if his son brought the virus home. "I don't think necessary precautions are being put in place to make me feel safe."
Read more from parents on the return to school here.
Kitkat

How will testing work in schools? 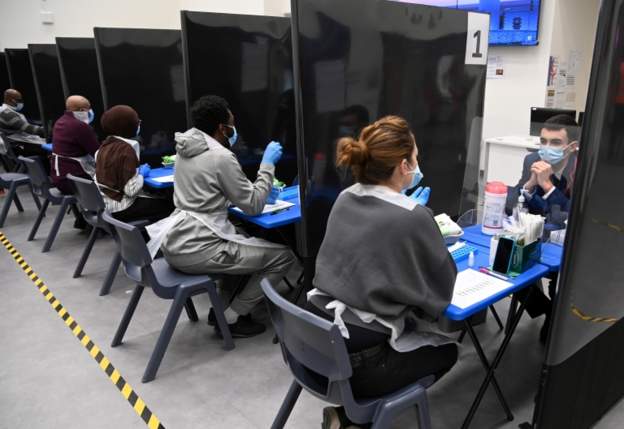 After months of home-schooling, children in England are returning to their classrooms on Monday.
But it won't be lessons as usual, as they will face major changes to the normal school experience.
A key difference will be the coronavirus testing regime.
Want to know more about this? Here's our explainer

Scotland has recorded its second lowest number of infections this year, with 390 new confirmed cases.
On Monday, 386 cases were reported, the lowest total since November.
The nation has also reported zero deaths, although days without any reported deaths have been relatively common at the weekends. It means the total number of deaths by the daily reported measure still stands at 7,421.
Meanwhile, NHS England said 90 more people have died within 28 days of a positive test.
In Wales, 18 more deaths were reported and 152 new confirmed cases - bringing the average infection rate over seven days to its lowest point since 18 September.
A further three people have died in Northern Ireland, while 138 people have tested positive in the last 24 hours.
UK-wide figures are due to be published at about 16:00 GMT, but they may not match the totals of the four nations as they use different reporting periods.
Kitkat

Commonwealth Games to be 'catalyst' for recovery in Birmingham 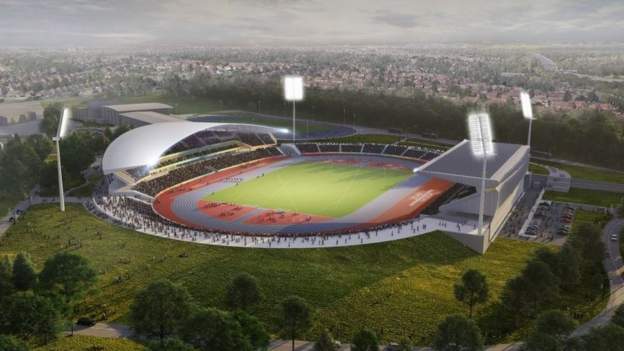 About 30,000 jobs are expected to be created by the Commonwealth Games

Hosting the Commonwealth Games next year should be a "catalyst" for Birmingham's recovery from the pandemic , the chief executive of the games has said.
Ian Reid said the Games would provide up to 30,000 jobs as well as volunteer roles.
The West Midlands has been hard hit when it comes to unemployment, with an estimated 100,000 jobs lost since the start of the pandemic .
Plans for a £500m athletes' village were abandoned last year due to delays in construction caused by Covid-19. Instead, athletes will be housed in student accommodation and at the National Exhibition Centre.
But Reid said the estimated £800m cost of the games would be a "real opportunity for the region".
Kitkat 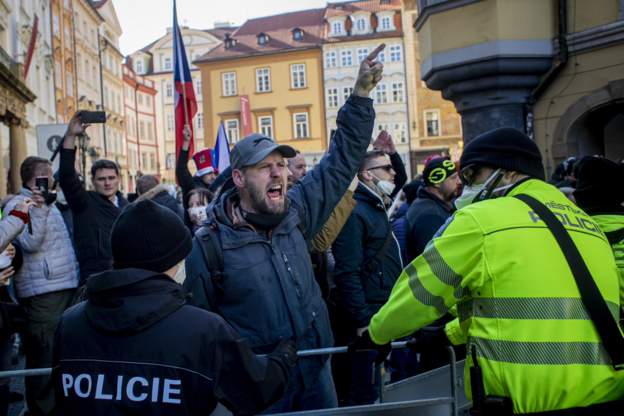 A few hundred demonstrators shouting "freedom" and carrying signs reading "we don't want benefits, we want to work" marched through Prague to oppose the Czech Republic's lockdown.
Police used coronavirus regulations to turn away people who live outside the capital city because, while a right to protest is still guaranteed under the country's constitution, people are banned from travelling outside their local area. 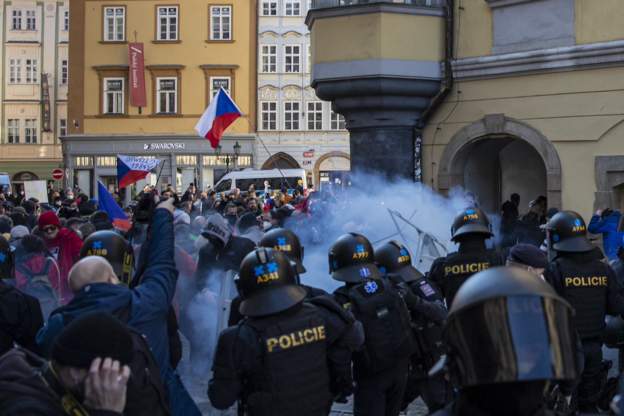 Several buses of demonstrators from Moravia were turned around and sent home.
Demonstrators later marched through the city centre and - while the protest began without unrest - photographs later showed several people being arrested and riot police confronting the crowds. 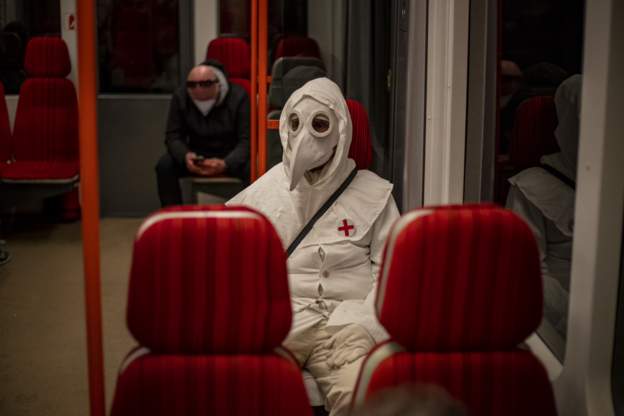 A person in a plague doctor mask, who travelled by Metro, was among the crowd of demonstrators
Kitkat 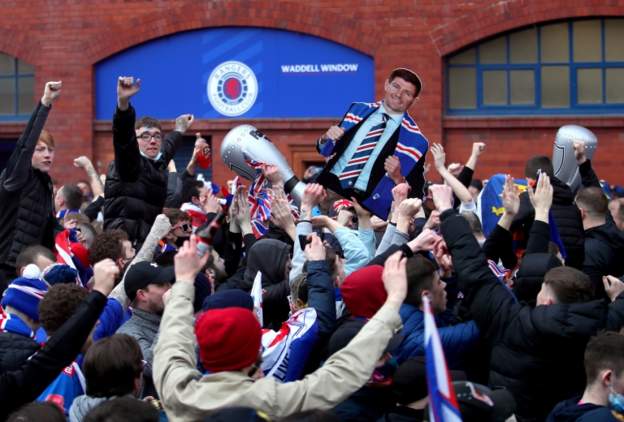 Calls for the fans of Glasgow football club Rangers to stay at home and not gather to celebrate their team clinching the Scottish Premiership title for the first time in 10 years appear to have fallen on deaf ears.
Hundreds of supporters descended on the team's home ground, Ibrox Stadium, and the city's George Square to celebrate.
First Minister Nicola Sturgeon has urged the fans to delay their celebrations and go home.
Rangers won the title after Glasgow rivals Celtic failed to beat Dundee United .
Under current guidance, public gatherings in Scotland are banned and a maximum of two people from two households are allowed to meet outdoors.
You can read more on this story here .
Kitkat

As we near the end of today's live coverage of the coronavirus pandemic in the UK and elsewhere, here's a summary of some of today's main events:

Thanks for joining us

That's all from us this evening but we'll be back again on Monday morning with all the very latest developments and updates.

Forum Café is a meeting place for forumites to socialise in a friendly environment and keep up to date with what's going on in forumland.
https://forumcafe.forumotion.co.uk/
Current date/time is Mon May 17 2021, 14:10