Facebook has made the sensational decision to block all news access in Australia in retaliation against a proposed government move to charge the social media company for Australian journalism.

The decision has sparked widespread outrage as tensions continue to grow between governments and powerful tech companies.

The Australian government immediately condemned Facebook's decision, which prevents the sharing and accessing of all news articles - including potentially vital governmental communications and messages about coronavirus and other public health issues.

One Australian minister called the move "an assault on a sovereign nation" and an egregious abuse of power. 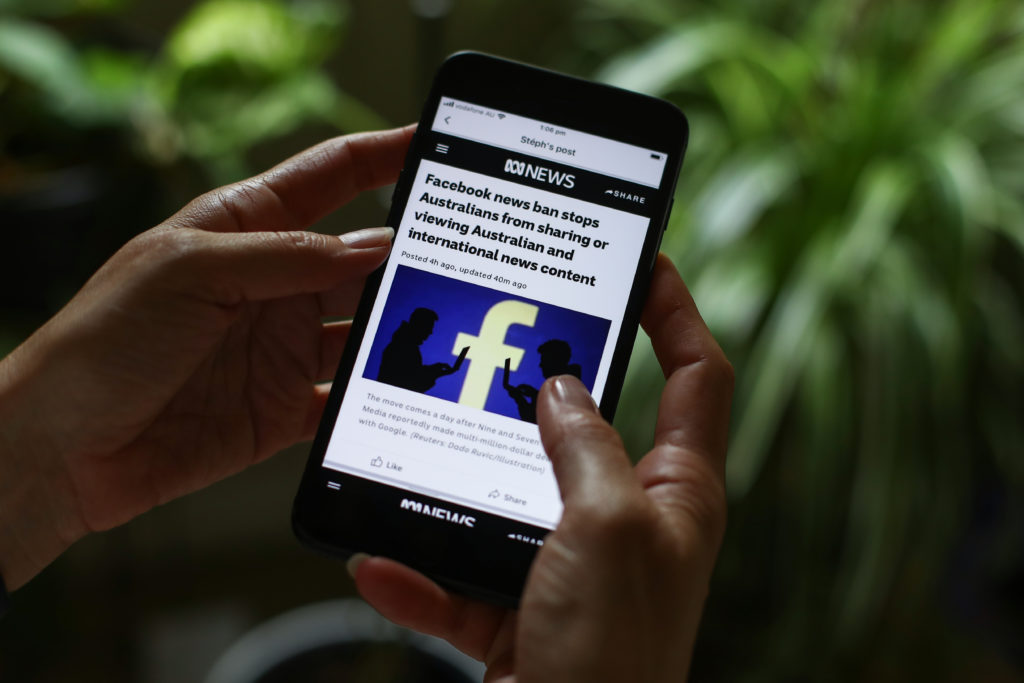 Facebook has banned all users from accessing or sharing Australian news

Why did this happen?

For over two decades now, news outlets have complained that internet companies are making money off of their content, selling advertising linked to their articles without sharing any revenue.

This has become a particular problem since the rise of social media, and the subsequent decline of the news industry.

Australia is now looking to do something about it, and has joined the likes of France and a number of other governments by pushing the big-tech companies to pay.

Google initially threatened to make its search engine unavailable in Australia in response to the legislation, while Facebook has responded by blocking all users from accessing and sharing Australian news.

The social media giant argues that the proposed law "ignores the realities" of its relationship with news outlets that use its service to "share news content".

Despite the excuse, Facebook are effectively being accused of denying Australians access to news so that they don't have to fork out any more money.

Given the social responsibility companies like Facebook, Google and Twitter have, due to the fact that they're now the world's primary hubs for communication and news consumption, their decision to deny users the right to news in Australia feels nothing short of shameful.

It begs the question: Are social media companies becoming too powerful?
Kitkat

British politicians have accused Facebook of adopting “bully boy” tactics after it announced a blanket ban on Australian news.

The tech giant made the move in response to new legislation, voted for in the Australian House of Representatives, compelling internet companies to pay news organisations for their content.

This would give news companies a share of the immense profits accrued by tech giants – the likes of Facebook and Google – who have seen astronomical gains in market share while traditional news platforms’ share has been in decline.

British politicians said the drastic move by the social media site shows a "staggering lack of respect" for the democratic processes.

"These bully-boy tactics are absolutely crass and irresponsible, particularly at a time of global pandemic when people need trusted news sources”, he told The Times.

"It's Australia first, who will be next?".

Calls have also been made for Nick Clegg, formerly Deputy Prime Minister of the UK who became head of global affairs and communications at Facebook in 2018, to "rethink this position".

Mr Knight added: "If I was Nick Clegg, I would be doing more than appearing in videos saying "I'm sorry", I would really consider my position at this point.

"This action by Facebook shows a staggering lack of respect for democratic processes."

In addition to harsh political scrutiny, there has been furious backlash among Facebook users in response to the news.

Trending hashtags include DeleteFacebook and BoycottZuckerberg, as many users gave their final farewell before deleting their profiles.

Among those deleting their account in protest is Former Deputy Mayor of Maribyrnong, Victoria, Megan Bridger-Darling, who said told followers they could find her on "Twitter, email, phone”, and, in a tongue in cheek aside, “occasionally in the news", she said.

"I choose reliable news sources over a platform that benefits and enables anti-vaxxers, klan members, doxxers, fear-mongerers, and extremists to peddle their messages entirely unopposed."

Australian PM Scott Morrison also took a swipe at the platform using its own jargon: saying it was a shame that Facebook decided to “unfriend” the island nation.

He remained resolute in his stance on the issue, however, confirming that Australia wouldn’t be “intimidated” by the tech giant.

He went on to say: "Facebook’s actions to unfriend Australia today, cutting off essential information services on health and emergency services, were as arrogant as they were disappointing," Morrison posted on Facebook.

"These actions will only confirm the concerns that an increasing number of countries are expressing about the behaviour of BigTech companies who think they are bigger than governments and that the rules should not apply to them.

"They may be changing the world, but that doesn’t mean they run it.

"We will not be intimidated by BigTech seeking to pressure our Parliament."
« View previous topic · View next topic »

Forum Café is a meeting place for forumites to socialise in a friendly environment and keep up to date with what's going on in forumland.
https://forumcafe.forumotion.co.uk/
Current date/time is Mon May 17 2021, 14:22