Members of An Garda Síochána have answered a viral dance challenge with an undeniably impressive effort.

Last month, police in Switzerland challenged their colleagues in Ireland to a dance-off as part of the viral #Jerusalema Dance Challenge which has gone viral on social media.

The Swiss police's video showed dozens of officers across the country performing a choreographed dance, with police dogs and some of Switzerland's incredible scenery also making an appearance.

You can check that video out below.

The Swiss police then dared An Garda Síochána to 'step up' and perform a dance of their own-- and it's safe to say Ireland's police service have risen to the challenge.
In a video posted to social media yesterday, dozens of uniformed Gardaí across Ireland danced along to the popular song without putting a foot out of step, dancing on beaches, rooftops, roads and under the shadows of mountains.
Where the Swiss police video featured trained dogs, the Gardaí enlisted the help of gorgeous Garda horses-- and the result is phenomenal.

We have stepped up to the Swiss police @fedpolCH #JerusalemaChallenge . Gardaí across Ireland answered the call to give the public we serve a lift in these challenging times. #StayTogether #homeStaySafe

The video immediately went viral, having been watched on Twitter and Facebook more than one million times and garnering thousands of messages of support.

"Gardaí across Ireland answered the call to give the public we serve a lift in these challenging times," a Garda spokesperson said upon the release of the video-- and it seems to have had the desired effect.
Many thanked the officers involved for lifting spirits with the light-hearted video at a time when many are struggling through the third national lockdown in cold, dark wintry weather.
Gardaí involved have now asked the public to showcase their own dancing skills, challenging the citizens of Ireland rather than a new police force.

To get involved, create your own dance video-- while staying at home and in your household or bubbles-- and upload the video to social media using the hashtag #GardaJerusalema.
Kitkat

The Swiss police have flown the Irish tricolour from a federal building to congratulate Gardaí on their performance in a viral dance challenge.
Last month, police in Switzerland challenged their colleagues in Ireland to a dance-off as part of the global #Jerusalema Dance Challenge which has gone viral on social media-- and it's safe to say the Gardaí rose to the challenge.

In a video posted to social media yesterday, dozens of uniformed Gardaí across Ireland danced along to the popular song without putting a foot out of step, dancing on beaches, rooftops, roads and under the shadows of mountains, with Garda horses even making an appearance.
The Garda dance has gone viral worldwide, having been watched well over a million times, and the Swiss police have congratulated them on 'absolutely nailing' the challenge.
Fedpol took to Twitter to share a new video, which saw uniformed officers taking a heavily guarded briefcase through their Police headquarters-- the briefcase was revealed to contain an Irish tricolour, which was hung proudly on the building.

In a congratulatory message, Fedpol said the Swiss Police took the Jerusalema challenge to "a whole new level", but the Gardaí "absolutely nailed it!"
"In honour to this brilliant performance, we are all [Irish] in [Switzerland] today."
Upon the release of the Garda video, a spokesperson said "Gardaí across Ireland answered the call to give the public we serve a lift in these challenging times".
This seems to have had the desired effect, as the Swiss Police went on to thank the Gardaí for "moments of pure joy".
Gardaí involved have now asked the public to showcase their own dancing skills, challenging the citizens of Ireland rather than a new police force.
To get involved, create your own dance video-- while staying at home and in your household or bubbles-- and upload the video to social media using the hashtag #GardaJerusalema.
Kitkat

An Irish nursing home has stepped up to the Jerusalema challenge-- and is daring others to do the same.

The Ealga Lodge nursing home in Birr, County Offaly was inspired by the recent Garda dancing video which has gone viral across the world with over one million views, and staff and residents got together to give it a try.
In an absolutely brilliant effort, Ealga Lodge Staff members took to the patio of the nursing home to begin the Jerusalema video, with one talented staff member performing an Irish dance, in order to entertain the residents.
But it wasn't long before the staff were joined by the residents themselves, who took part in the reel with a performance that would put Michael Flatley to shame.

Staff member Stephen Henry Tabb, sharing the video on social media, said Ealga Lodge was challenging "all nursing homes in Ireland to do the same".
Since posting their video, Ealga Lodge have been "overwhelmed with all of the likes, shares and lovely comments".
A spokesperson said they were "so proud of our amazing team here in Ealga Lodge, where we work hard to create a fun and friendly atmosphere for our residents".

Ireland's frontline workers found a unique way to raise spirits across Ireland with a rousing rendition of the Jerusalema Challenge dance craze that has taken the internet by storm.

It all started earlier this week when Gardai were challenged to a virtual dance-off by Swiss police.
Irish cops were only too happy to oblige with a video that saw them breaking out some impressive dance moves to Jerusalema Challenge by Master KG.
Staff at an Irish nursing home also got in on the act in an effort to keep residents entertained and boost morale among workers.
Now the craze has gone nationwide after a group of frontline workers including Gardai, firefighters, Army personnel and paramedics teamed up for a special version broadcast at the start of The Late Late Show on RTE.
Taking to the roof of RTE studios and the court yards outside, they performed a dazzling version of the new dance craze that went down a storm with viewers watching on at home.
It was the perfect opportunity to let off steam and boost morale ahead of the final stretch of lockdown restrictions across Ireland over the next few months.


People watching at home evidently agreed, with many flocking to Twitter to show their appreciation for the dance display.
One view wrote "#latelateshow opening is just what we all needed."
Another concurred, say: "#LateLateShow #latelate totally brilliant uplifting start to the show. I know the steps now, waiting on the call to @gardainfo and other frontline staff and on your night off for begrudgers."
A third wrote: "#LateLateShow well done to the emergency services.
"@AmbulanceNAS it takes powerful staff to dance in them boots."
While a fourth also tweeted: "Respect to all our front line heros… Dancing brings a joy!
"I hope we remember the immense pride and celebrate our brilliant people in a post covid world #LateLateShow.
"Thank you @DubFireBrigade, @DF_COS, @gardainfo, @stjohnambulance for everything you do to keep us safe."
A fitting celebration and tribute to Ireland's brave frontline heroes.
Kitkat

In case yez didn't know, Jerusalema is actually a prayer.
Here is the translation:

The Dingle Coast Guard have stepped up to the new viral dance challenge which has taken the world by storm.

Since Gardaí across the country performed an incredibly impressive dance reel last week after being challenged by the Swiss Police, families, communities, nursing homes and businesses have all tried their hand at the Jerusalema Challenge.
But this newest attempt is one of the most impressive so far.
The volunteers from the Dingle Coast Guard in County Kerry have stepped up to the Jerusalema challenge in such a way that it showcased both their dancing skills and the incredible scenery in County Kerry.
With sea, sky, sand and mountains in the background, the eight-strong group, dressed to the nines in rescue gear, dance to the now-famous song-- without putting a foot out of place.

The Garda Ombdsman has received multiple complaints from the public after officers across the country took part in a viral dance challenge.
The Garda Jerusalema dance was uploaded to social media last week, after the Irish police force was challenged by police in Switzerland, and immediately went viral.
Many people praised the Gardaí for lightening the mood and putting smiles on people's faces at a time when many are struggling under Ireland's third, and most difficult, national lockdown-- but not everyone was happy.
The Garda Ombudsman has confirmed that they received a a stream of complaints from the public about the dance, with some arguing that it was a waste of Garda time and resources.
A spokesperson for GSOC told Irish outlet Extra.ie that "GSOC has received a number of phone calls and emails (eight in total) from people wishing to complain about the “Jerusalema” video."
Earlier, the Garda Ombudsman had taken to Twitter where they shared the original Garda dance and wrote in an accompanying caption: "We'd like to confirm that GSOC will NOT be taking any complaints about these dancers.
"Nice moves," they added.

GSOC investigates claims made against An Garda Síochána when a member of the public is "directly affected or witness conduct that would constitute misbehaviour by guards", and it is understood that the Jerusalema dance challenge did not meet this criteria.

The viral dance challenge led to hundreds of others across Ireland taking part, with nursing homes , Coast Guard and other frontline workers also going viral for their efforts. 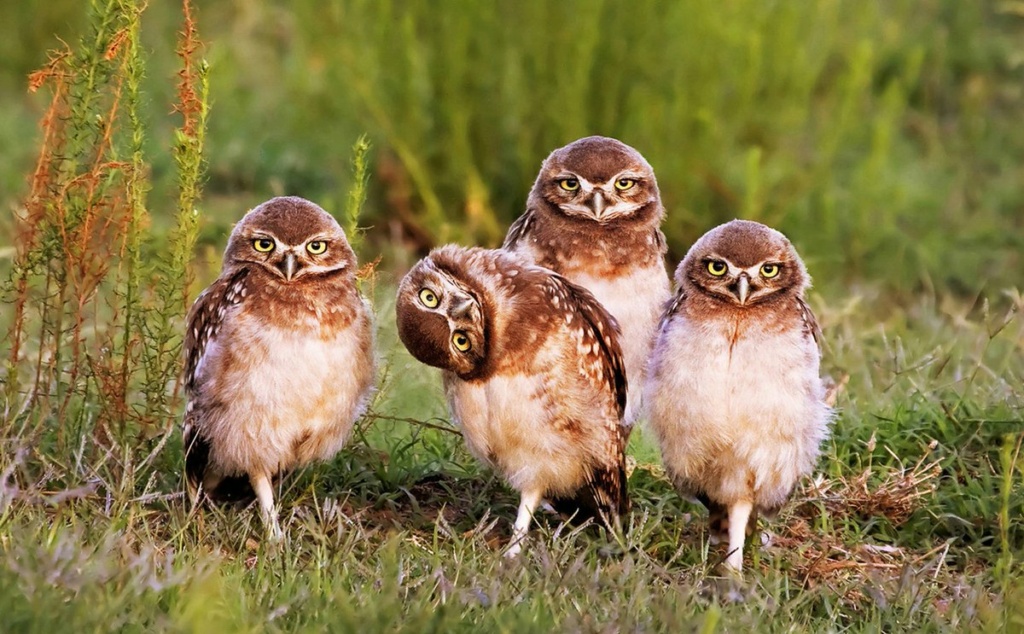 A group of Redemptoristine nuns in Dublin have become the latest to try their hand at the viral Jerusalema dance challenge.

The challenge has so far seen Gardaí, Coast Guards, nursing homes, hotel staff and more across Ireland putting their best foot forward and performing the dance routine, with most saying they are doing so to help lift people's spirits in one of the most difficult times of the pandemic.

Now a group of 'Red Nuns' based in County Dublin have taken on the challenge themselves, showcasing their home and grounds of the monastery of St Alphonsus in Drumcondra.

The sisters, as well as Redemptorist Fathers and Brothers, taking part in the video hail from 'Brazil to Cork to Dublin', and released the dance to help those struggling while 'praying for our world in these challenging times".

Thirteen nuns from the enclosed Monastery in Dublin starred as the main dancers in the viral video, with Sister Lucy Conway telling RTÉ News they wanted to "cheer people up, it's been a tough time".
The sisters had been challenged by their fellow Redemptorist Fathers and Brothers, with Sister Lucy saying the challenge had brought them all closer together.
The brilliant video has already gone viral despite only being uploaded yesterday morning-- just 24 hours after it was posted to social media, it has been viewed tens of thousands of times and received hundreds of supportive comments.
"What a group of shakers and movers. So beautiful and uplifting," one woman wrote.
"Father Gerard you can really swing those hips! Stay safe everyone."
Jamboree

These kids have got the best moves ever.  Naturals.

Forum Café is a meeting place for forumites to socialise in a friendly environment and keep up to date with what's going on in forumland.
https://forumcafe.forumotion.co.uk/
Current date/time is Mon May 17 2021, 14:59