Ireland has kindly agreed to resettle 50 people who had been living in a refugee camp on the Greek island of Lesbos.

The refugee camp - Moria - recently burned down, leaving over 12,000 people in desperate need of a place to live.

"It was profoundly distressing to see the pictures of families, many with young children, sleeping on the side of the road, having lost the small amount of possessions and shelter that they had," said McEntee. 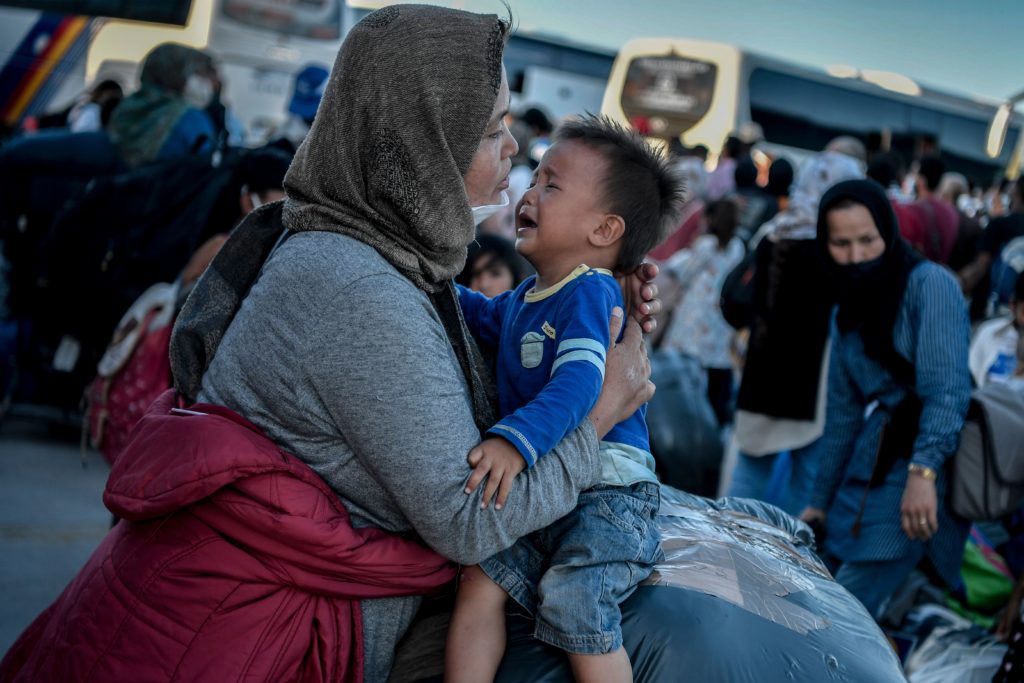 A woman tends to her child as refugees from the islands of Lesbos, Chios, Samos , Kos and Leros wait to board buses after leaving Moria camp after it burned down

"Ireland has always responded positively to humanitarian crises, and we won’t be found wanting on this occasion.

"This is in addition to the commitment that we have already made with the UNCHR to resettle 2,900 refugees to Ireland over the next four years," said McEntee.

"Ireland as a country has always stepped up to the mark and ensured that we can provide a safe place for people who need it," McEntee added.

"As Minister for Justice I'm determined that we continue in that regard. Today I have approved 50 asylum seekers who will come from Greece within family units where they can hopefully begin to start a new life in a much safer environment."

According to McEntee, the 50 people will be granted 'Programme Refugee' status as soon as they touch down in Ireland.

Officials from the Department of Justice & Equality are liaising with the European Commission, and they and along with An Garda Síochána will travel to Greece in the coming weeks to make the arrangements.

Through the Irish Refugee Protection Programme the country has welcomed over a thousand asylum seekers, as well as 36 unaccompanied minors.
« View previous topic · View next topic »

Forum Café is a meeting place for forumites to socialise in a friendly environment and keep up to date with what's going on in forumland.
https://forumcafe.forumotion.co.uk/
Current date/time is Mon May 17 2021, 13:03