Test and Trace Exposed: 'I spoke to one person in four months'

Test and Trace Exposed: 'I spoke to one person in four months'

Test and trace: 'I spoke to one person in four months'
By the BBC Panorama Team

"I'm pretty ashamed to say to people this is what I'm doing, because the whole point of me setting out to do this was to make a turnaround, to make a contribution."

Alex Lee, a former BBC journalist who retrained as a healthcare professional, is one of thousands who signed up to work for England's coronavirus test-and-trace system. Scotland, Wales and Northern Ireland have their own systems.
Alex was hired as a clinical contact caseworker to call people who had tested positive to tell them to self-isolate and obtain details of their close contacts.
During the four months she was working for the service, she spent most of her time in her front room, doing very little, clicking a button labelled "start tracing". In the end, she spoke to just one person who had tested positive for the virus.
Alex's experience is not unique. Tobin made no calls during his time as a tracer

Tobin Stonelake was also hired by NHS Test and Trace. His job was to call the contacts of positive cases. He says he made no successful contact tracing calls for the 10 weeks he was working for the service.
An army of more than 20,000 tracers was recruited by England's test-and-trace service. But from the beginning, there were complaints that some had little or nothing to do.
An unofficial Facebook support group, which later shut down, featured similar complaints from other clinical contact caseworkers.
Alex, who kept a video diary of her time with NHS Test and Trace, recorded herself looking at the group in June and reading out comments including: "Haven't had a case in days."
Others wrote: "Something tells me the system isn't working properly", and "surely there have been positive results for the country", and another said: "there must be... the mind boggles."
During the time she worked for NHS Test and Trace, Alex also encountered system errors which prevented her from logging in, booking shifts, reviewing her training and following up cases.

She regularly called team leaders and was told that the issues were widespread and affecting other tracers. Those technical problems have continued into September.
Panorama spoke to 19 coronavirus tracers who expressed concerns about a similar lack of work, or technical problems.
However, these are not the only criticisms levelled at the system.
NHS Test and Trace is the government's flagship programme for fighting coronavirus as we go into the autumn.
But it has come under fire for how long it takes to reach positive cases and tell their close contacts to isolate.
Latest figures show that just over one in five people who have tested positive for coronavirus are not being reached by the system. 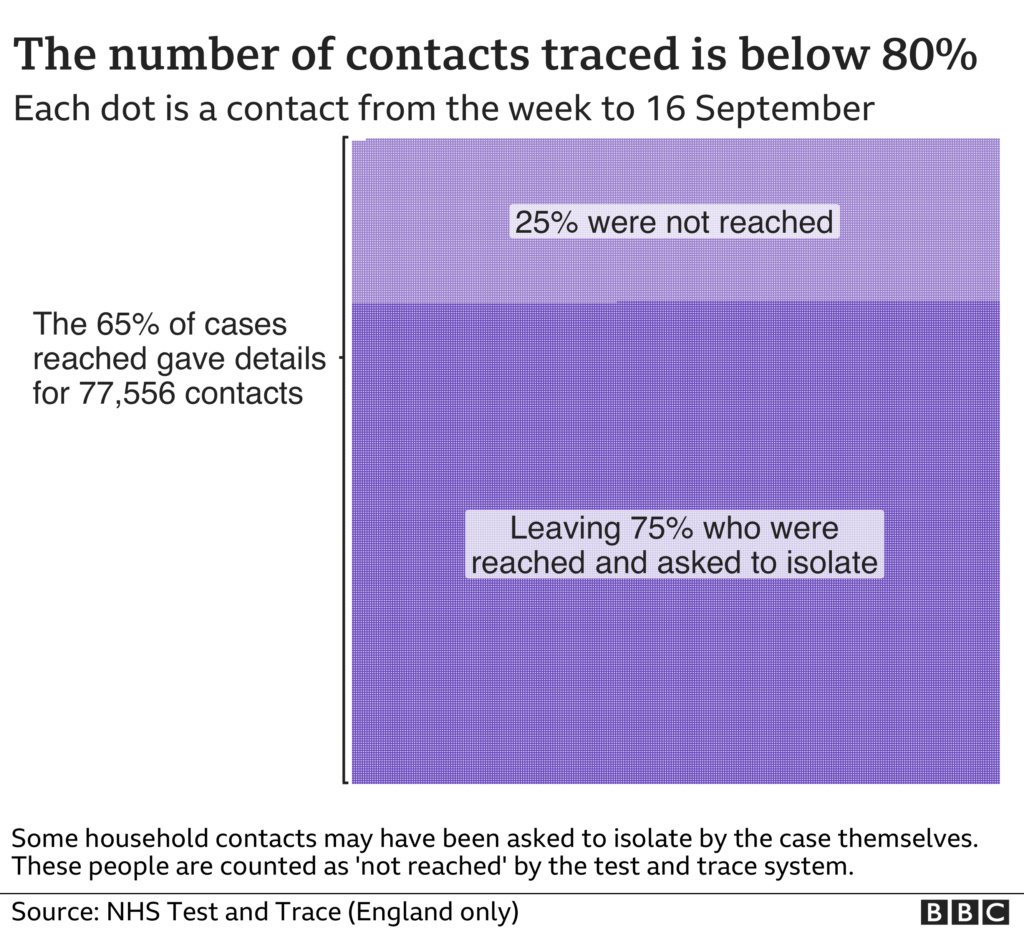 Chris Hopson, chief executive of NHS Providers - which represents all NHS Trusts in England - said people having too little to do over the summer was acceptable, as long as the system could cope with a rise in cases.
"It wouldn't seem to me to be a massive error or failure to create a test-and-trace system in which you've got more people than you need, particularly in the summer months when we know the transmission rate may be lower.
"What you do need to be ready for is when transmission rates increase, which they might do in winter."
NHS Providers has come up with a list of "key needs" to ensure the test-and-trace service works effectively over the coming months, including:

The NHS Test and Trace system in England cut 6,000 staff at the end of August . There are plans for some tracers to work alongside local public health teams to reach more infected people, and their contacts, in communities. 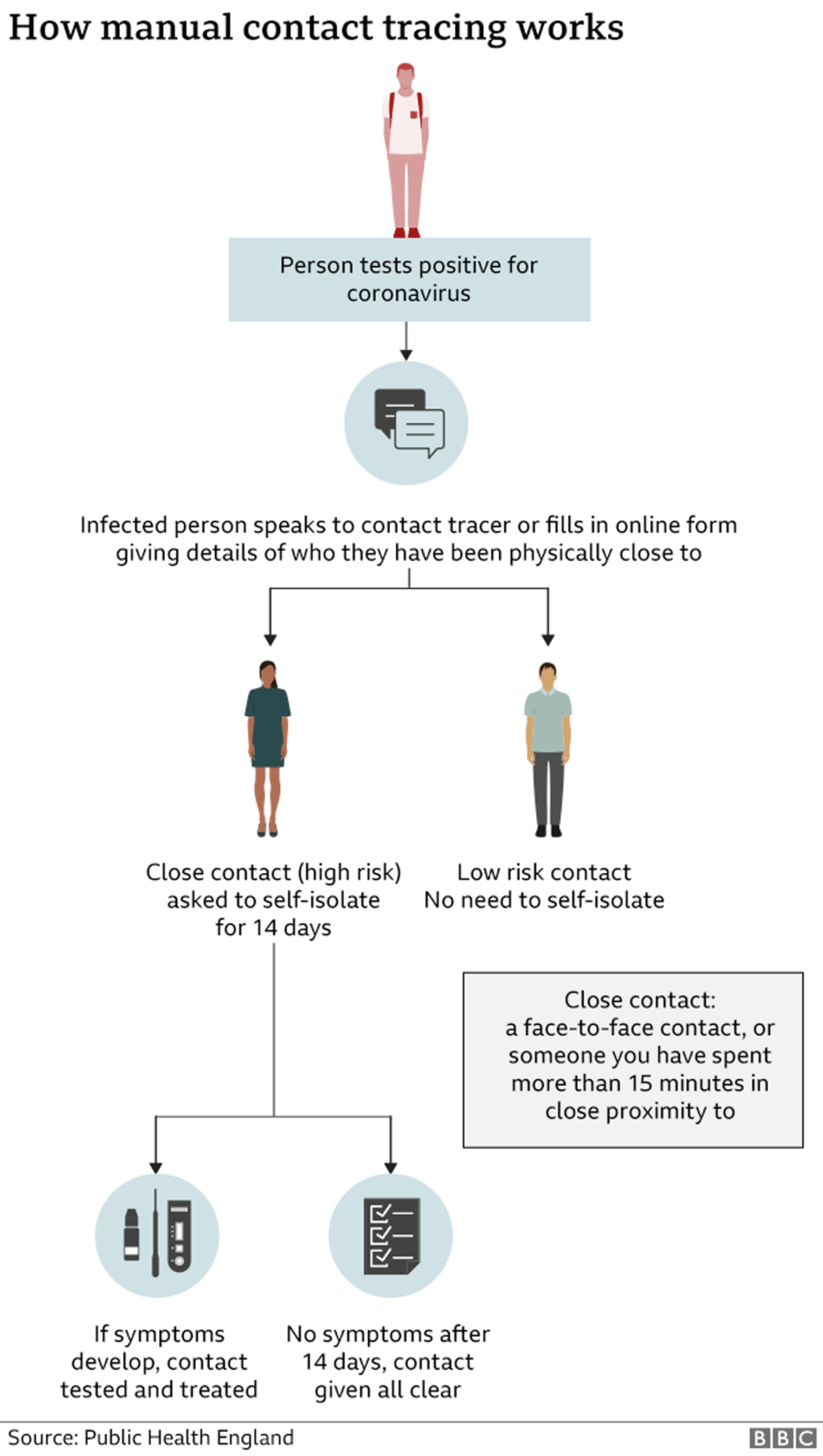 "Those contacts need to be rung up quickly and they need to be persuaded to self-isolate quickly," said Mr Hopson. "And, to be frank, if you've not really done that within 24 to 48 hours - I wouldn't say it's useless, but certainly you're reducing the effectiveness.
"Every step of the way, we're probably losing too many people. It potentially has an impact in terms of how many people are infected. And ultimately, if we don't get it right, it means potentially more people dying."
Joe Saxton, a father of three living in Cumbria, was contacted by NHS Test and Trace in late August - but only after his period of isolation should have ended. 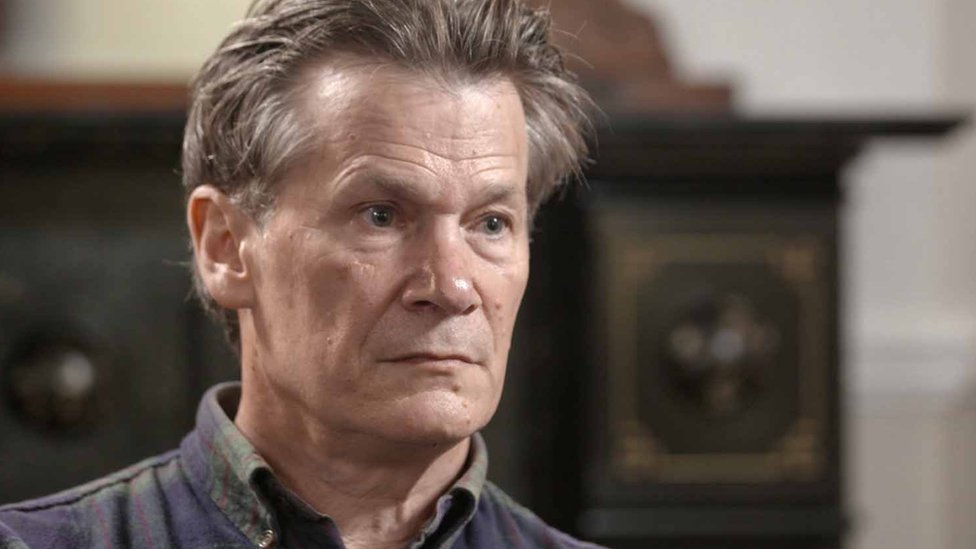 Joe Saxton was called after his isolation period had ended

"The poor woman had to tell me on the 23rd of August that I should be self-isolating until the 16th of August," he said.
"You could hear the sort of embarrassment and exasperation in this woman's voice that she's asking me to do something that is patently bonkers."
Many local authorities are critical of the government's decision to make tracing a centralised programme, rather than one led by local directors of public health.
Leaders in Leicester say that if information had been shared earlier, it might have been possible to avoid England's first local lockdown in June.

But information sharing has improved.
Local authorities like Leicester are now conducting their own contact tracing for coronavirus alongside the national service.
If the national service fails to reach someone who has tested positive, local teams can use the council databases to find alternative contact details.
But they only receive details of positive tests in their area a day after the national system, and they want to be involved far earlier.
Sir Peter Soulsby, Labour mayor of Leicester, says that if the national service had fed through details of where it was spotting positive cases, it would have been possible to intervene much earlier.
"That is something we ought to be allowed to do."
Leicester City Council says it successfully contacts 90% of the cases, but complains it can take up to 10 days after a person has tested positive before the case reaches them, meaning the self-isolation period is almost finished.
A spokesman for the Department of Health and Social Care said: "NHS Test and Trace is one of the largest testing and contact tracing systems in the world.
"The service is working hard to break chains of transmission, with almost half a million people who may otherwise have unknowingly spreading coronavirus contacted and told to isolate.
"We are also providing tests at an unprecedented scale - over 225,000 a day on average over the last week - and expanding capacity further to provide 500,000 tests a day by the end of October."
The DHSC also said initial technical issues were resolved quickly, and that it keeps staffing levels under constant review.
It says it's given local authorities £300m for the outbreak control plans, is providing dedicated contact tracing teams and that the majority of people who test positive for the virus are contacted by NHS Test and Trace within 24 hours.
Experts hope that the system can be improved in time for the pressures of the coming months.
"There's a lot of work to do to make it fit for purpose for winter," says Chris Hopson. "It's not world class yet."

Watch BBC Panorama: Test and Trace Exposed at 19:30 GMT on BBC One, or afterwards on BBC iPlayer.