A Malaysian man says he found monkey selfies and videos on his missing phone a day after retrieving it in the jungle behind his house.

The content - including footage of a monkey that appears to be trying to eat the phone - has been widely shared on social media since Zackrydz Rodzi posted it on Twitter.
The student said he thought his phone had been stolen while he was sleeping.
But it remained unclear exactly how the mobile went missing.
It was also not possible to verify the circumstances in which the photos and videos ended up on his phone. 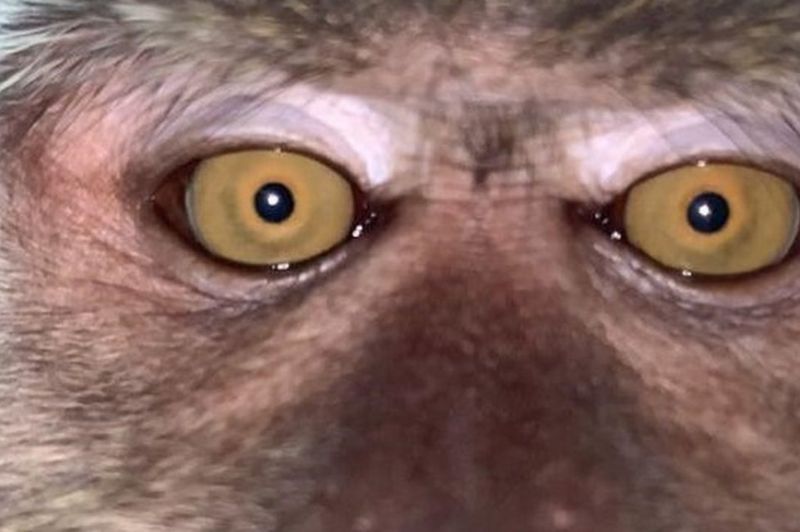 Mr Zackrydz, 20, told the BBC he realised his smartphone was gone when he woke up at around 11am on Saturday morning.
"There was no sign of robbery. The only thing on my mind was is it some kind of sorcery," said the final year computer science student from Batu Pahat in the southern state of Johor.
A few hours later, in a video shared with the BBC that was time-coded 2.01pm that same day, a monkey appeared to be trying to eat the phone. The primate can be seen staring down the camera against a backdrop of bright green leaves and crowing birds.
There were also a series of photos of the monkey, trees and other foliage on the phone.
Mr Zackrydz said he failed to find any trace of his phone until Sunday afternoon when his father noticed a monkey outside their house. On calling his phone again he heard ringing from the jungle a few steps beyond the back garden, he said, then discovered the muddied phone on some leaves beneath a palm tree.
His uncle joked that maybe there was a photo in the phone of the thief, he said, so after cleaning it he opened the picture gallery "and boom, it's full of monkey photos". 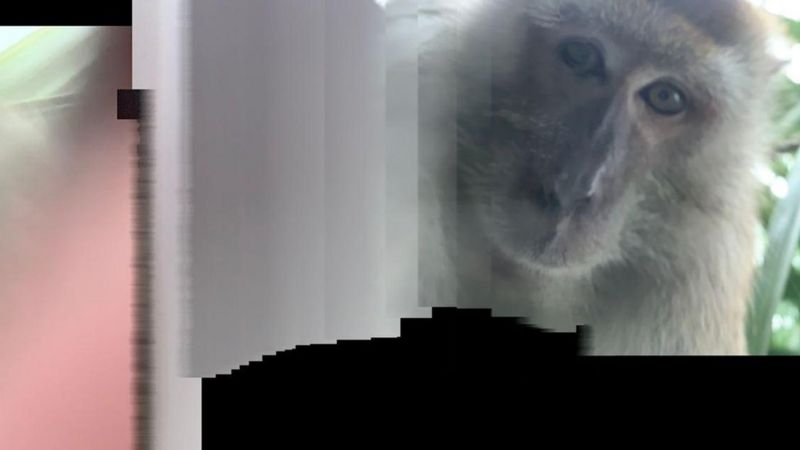 Unlike some parts of the world where monkeys live in or near urban areas, there is no history of monkeys stealing things from houses in the local neighbourhood, said the student. He suspects the monkey may have entered the house through his brother's open bedroom window.
"Something that you might see once in a century," he tweeted on Sunday in a post that was shared and liked several thousand times and picked up by local media outlets.

It wasn't the first time monkey selfies have made headlines . In 2017, a British photographer settled a two-year legal fight against an animal rights group over a image taken by a macaque.

In 2011, Naruto, a macaque monkey in the Indonesian jungle, picked up a camera owned by David Slater from Monmouthshire and snapped a series of "selfies".

Mr Slater argued that he owned the copyright to the widely shared image, but animal rights charity Peta said the animal should benefit because it clicked the shutter.

A US court ruled that copyright protection could not be applied to the monkey and dismissed Peta's case, but Mr Slater agreed to donate 25% of any future revenue from the image to charities protecting Naruto and other crested macaques in Indonesia.
Jamboree

Re: A Malaysian man 'finds' monkey selfies on lost phone

Note all the way through