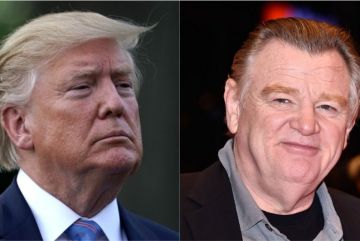 THE PUBLIC has had its first glimpse of Brendan Gleeson as US President Donald Trump-- and it's pretty convincing.
An upcoming mini drama series focusing on former FBI Director James Comey caused a bit of a stir when it was announced earlier this year, not least due to the fact that the 45th President of the United States would be played by veteran Irish actor Brendan Gleeson.
Now the first image of Gleeson playing the controversial president has been unveiled, and to the untrained eye could easily pass as a photograph of the President himself.

The image shows a silhouette side-profile of Gleeson's character, with Mr Trump's distinctive hair and frown, seemingly waiting to go and greet a large crowd outside. 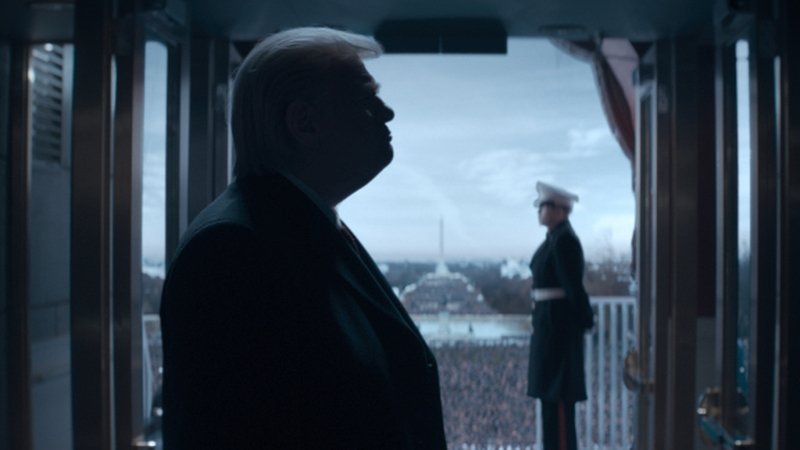 The series, titled The Comey Rule, is produced by US TV network Showtime and is based on Comey's own book A Higher Loyalty.
Set to air in two parts, the first part of the series will look at the 2016 presidential election, and will include all the scandals and controversies that came with it, including the FBI's investigation into Hilary Clinton's emails and the eventual shock success of Donald Trump.
The second part is "a virtual day-by-day account of the tempestuous relationship between Comey and Trump and the intense and chaotic first months of the Trump presidency", according to US entertainment magazine Variety.

The full trailer of The Comey Rule has been released featuring a first proper glimpse into Brendan Gleeson's depiction of Donald Trump.

The Irish actor plays the US President in the series, which looks at his dealings with former FBI Director James Comey.

It delves into the possible collusion between Russia and the Trump campaign during the 2016 presidential race.

The miniseries is based on a non-fiction book by former FBI Director James Comey, and will air in two parts: the first surrounding the dramatic lead-up to the 2016 elections, including the FBI investigation into Hilary Clinton's emails and the eventual shock success of Donald Trump.

The second part is "a virtual day-by-day account of the tempestuous relationship between Comey and Trump and the intense and chaotic first months of the Trump presidency".

Comey was eventually fired by the president while the investigating took place.

Holly Hunter, Scoot McNairy and Michael Kelly also star in the series, which is based on A Higher Loyalty, a book written by Comey himself.

The two-part series airs in the United States on September 27th, though no date for the Ireland or UK release has been announced yet.

Check out the trailer below: