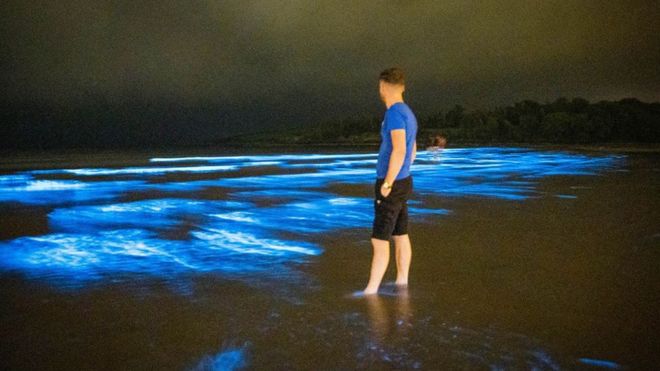 "The intensity was incredible, each wave splashing millions of sparkles on to the beach. Wow, wow, wow!"
The words of a nature lover treated to glowing waters along the coastline of County Cork, in the Republic of Ireland.
Bioluminescent plankton lit up the waves at Fountainstown Beach, just south of Cork City this week.
Bioluminescence describes the light that some living creatures, such as fireflies, emit from their cells.
Keen photographer Joleen Cronin, from nearby Crosshaven, went to the beach after seeing a post on social media about the sighting. 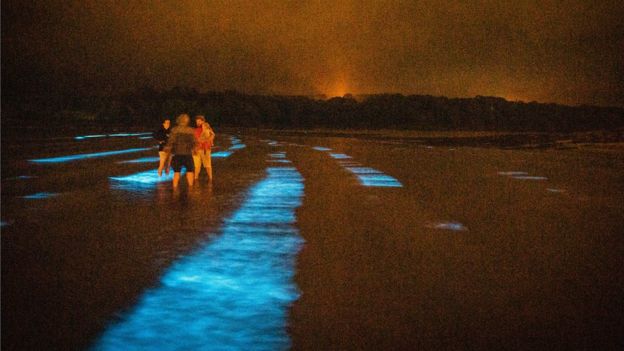 Bioluminescent plankton lit up the waves at Fountainstown Beach


"I was completely mesmerised by the whole thing, it was amazing," she said.
"When you put your feet in the water it would just kind of explode beneath you.
"We went paddle boarding and when the paddle hit the waves, it was like a disco."
Others soon made their way to catch a glimpse of the spectacle late at night after reading the same post online.
"I've swam in it before, but I've never seen it like that," Joleen said. 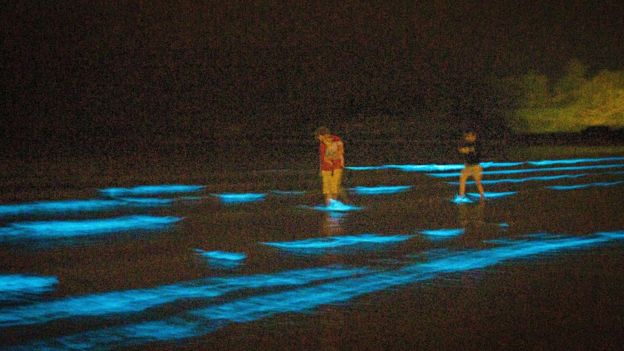 "I met some local people down there, as well as my brother and his wife.
"Everyone was just giggling and laughing. It was worth leaving the house, even though it was almost midnight."
The area is well known for bioluminescent seas.
"Thirty years ago we started doing night-time kayaking trips" said Jim Kennedy from Atlantic Sea Kayaking. 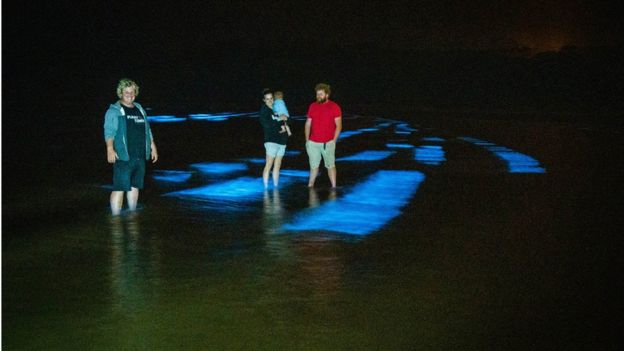 The bioluminescence is caused by the dinoflagellate, commonly known as sea sparkle

"We've had magazines come out with us from around the world and Jolene's photos are right up there with them.
"The only time I've seen photos like those taken this week is in the National Geographic."
Jim has kayaked around the world, including in Mexico, but says the bioluminescence on the south west coast is just as good.
"We have good advantages here. Our seas are pristine and we don't have a lot of shipping," he said.
According to Ocean Research and Conservation Ireland, the bioluminescence is caused by the dinoflagellate, single-celled Mesokaryotes, commonly known as sea sparkle.
Whiskers

How lovely for those people who were there to experience such a spectacle.
I would love to have been there with them