Keep the Christmas fare safely out of paws' reach!

Keep the Christmas fare safely out of paws' reach! 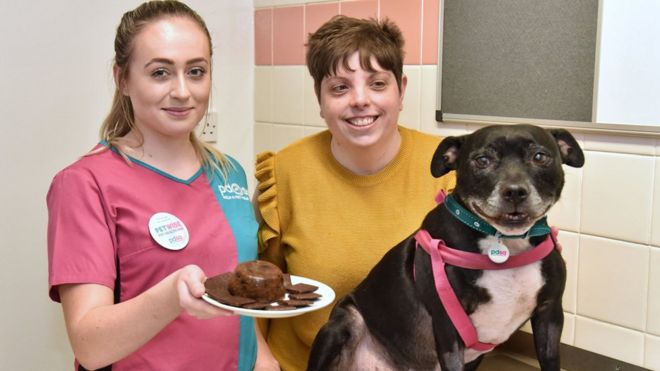 A hapless hound needed emergency treatment after wolfing down toxic Christmas treats.
Marley, a five-year-old Staffie from Stoke-on-Trent, was found by his owner Polly Bloor "with the remains of the Christmas pudding and an empty box of chocolates".
She had left her pet with the puddings while picking up her granddaughter from school.
Marley needed a fluid drip and emergency medication, but recovered.
"We had just been shopping and left the bag on the side while we went to pick my granddaughter up from school," Ms Bloor said, when Marley entered the Christmas spirit, via the bag.
"This is our first Christmas with Marley and I thought we were going to lose him," Ms Bloor said.

Elsewhere in Staffordshire, a two-year-old Labrador, Ozzie, snaffled a mulled wine-soaked Christmas pudding at his home in Uttoxeter. 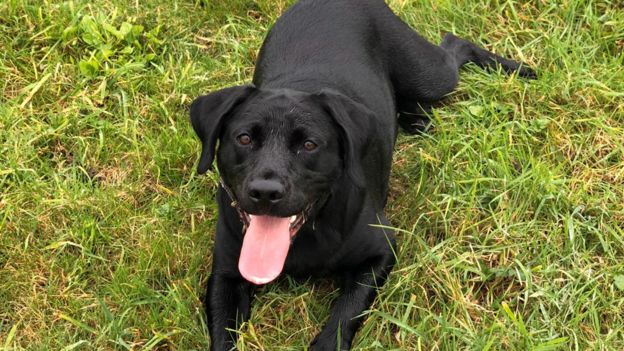 Ozzie was unable to resist a Christmas pudding

He needed activated charcoal to absorb the toxic substances in his stomach.
Vets have warned pet owners that a lot of traditional Christmas fare is harmful to dogs and "should be kept safely out of paws' reach".
Among the cautioned against Christmas cooking is mince pies, stuffing, Christmas cakes and pudding as well as chocolate, onions, raisins, grapes and nuts.
"We see a big rise in poisoning cases involving raisins and alcohol at this time of year," Laura Playforth, from Vets Now, said.
"Largely due to dogs eating things like mince pies, Christmas puddings and fruitcake."
« View previous topic · View next topic »